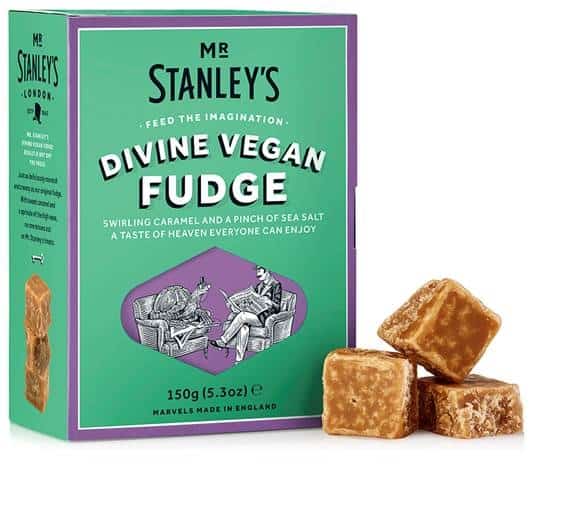 Premium British confectioner Mr. Stanley’s, a division of the Gourmet Candy Company, is set to expand its range with the launch of its new Divine Vegan Fudge.

Mr Stanley’s confectionery range contains over 50 products, available in over 20 countries worldwide. The British confectioner is best known as a purveyor of traditional British butter fudge. With its new Divine Vegan Fudge, the British premium confectionery manufacturer is launching an all-vegan product for the first time.

Commenting on its first vegan launch, the company says, “Now no one has to miss out on Mr. Stanley’s tantalizing treats”.