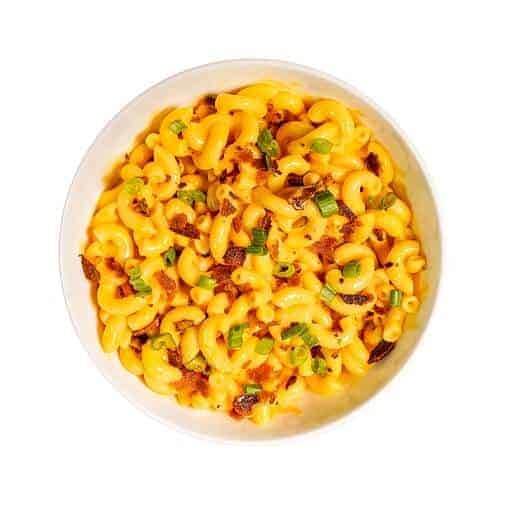 From today, October 27th, select Whole Foods locations in the Bay Area will offer a range of plant-based ready meals from Prime Roots featuring its famous bacon which sold out almost immediately upon its launch this March. The range also includes new beef and chicken, all created with koji-based proteins.

The Koji fungus is a Japanese superfood, high in protein and typically used in Michelin Star restaurants and both grown and harvested by the brand in Berkeley, CA.

Prime Roots started life as Terramino Foods which received $4.25 million in 2018 when its initial focus was on plant-based seafood, later it rebranded to Prime Roots whose first product was its famous fungus-based vegan bacon.

The new range consists of:

Koji Bacon Mac and Cheese: A homestyle classic made with a rich and creamy plant-based cheese sauce and topped with Prime Roots bacon.

Koji Beef Thai Lemongrass Larb: A signature Thai dish packed with koji meaty “beef” crumbles with fresh cabbage and carrots over a bed of brown rice. Made with aromatic mint and fresh Asian spices like ginger and lemongrass.

Hawaiian Shoyu Koji Chicken: Meatless Shoyu Chicken is a unique blend of umami-rich protein, crunchy vegetables, and brown rice. Drizzled with a tamari-balsamic glaze for a balance of sweet and savory.

“We are delighted to give our community and consumers a convenient delicious way to experience the superior quality and taste of Prime Roots meats and seafoods,” says Prime Roots co-founder and CEO, Kimberlie Le. “We are reimagining meat for people and the planet and excited to have mission-aligned partners including Whole Foods on our journey to making a more sustainable food system.”