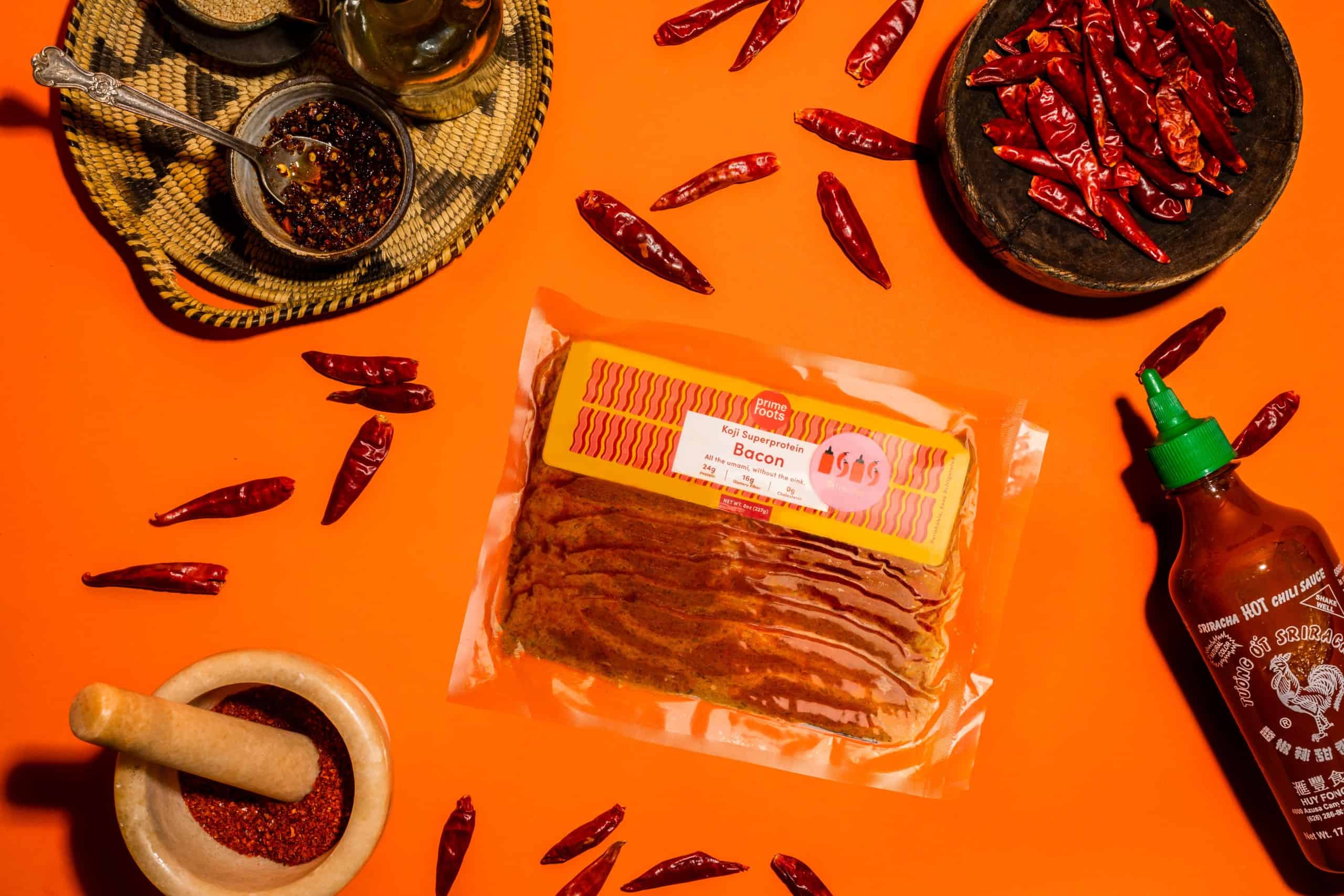 To celebrate Earth Day, Prime Roots today unveils what it claims to be the world’s first plant-based bacon lineup. The new line of flavoured bacon products consist of thick-cut, butcher-style bacon in Black Pepper, Sriracha, Maple, and Hickory flavors, which are created with a Japanese superprotein fungi called koji.

In March of last year, Prime Roots launched its first koji bacon for DTC home delivery and reported that stocks were sold out almost immediately. In October 2020 the San Francisco brand debuted a range of vegan ready meals featuring the plant-based bacon, including a Koji Bacon Mac and Cheese. In March of this year Prime Roots introduced what it says is the world’s first vegan lobster ravioli, also created with the koji fungus.

We spoke with Co-founder Kimberlie Le about the new range. “In 2020, we debuted our plant-based bacon, and it sold out almost immediately. It’s currently one of our most popular items and our customers are constantly telling us how much they love the taste and experience of cooking and eating our bacon.  In polling and talking to our community of tens of thousands of people, we discovered that eaters are longing for a no compromises bacon alternative, which often meant different types of bacon that people know and love in conventional bacon, which is why we decided to launch a whole lineup of bacons and the first of its kind in plant-based meats,” said Le.

“At Prime Roots, we’re on a mission to nourish people and the planet through the hard to replicate and replace products in people’s lives, plant-based foods without compromising on the taste, texture, and quality that you know and love from meat. This Earth Day, save the planet and your health by eating more “bacon!”