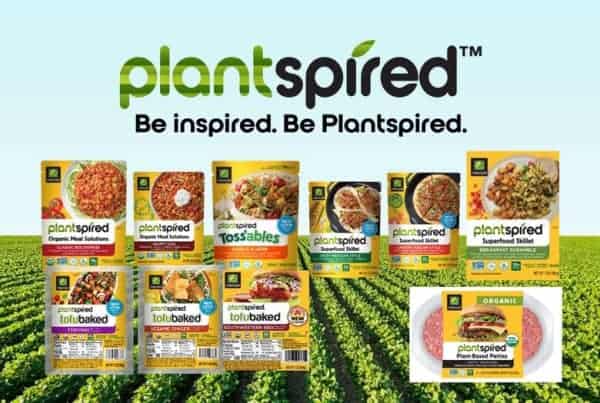 Following the recent onboarding of ex-vice president of LG’s Kim Jin-hong as the new CEO; South Korean producer of tofu and traditional packaged food items such as seaweed, kimchi, and ramen, Pulmuone Co, announced yesterday its entrance into the alternative meat category. 20 new products will be launched in its domestic Korean market as well as in China, Japan and in the USA under the name Plantspired.

The move comes as part of a drive to secure future growth engines and leverage the meat-free trend taking place amongst younger generations. As we reported last June, the vegan industry in South Korea has tripled in ten years with a fifth of consumers now reducing their meat intake, especially younger consumers.

According to Business Korea, Pulmuone USA has the largest share of the tofu market at 75% and is planning to lead North American trends in plant protein foods through the development of a variety of new tofu and vegan meat products aimed towards the American consumer, following last year’s launch of Plantspired.

The company announced yesterday its intentions to launch around 20 plant-based products across three categories: plant-based high protein products, plant-based low carb products and meat alternatives, with eight of them already having been developed, to include the “Tofu Noodle KIT”. In the alt meat category there will be a tofu crumble rice sauce and a tofu tender created for use as a chicken alternative.

As we reported last July, Pulmuone signed a Memorandum of Understanding with cell-based seafood producer BlueNalu, marking both BlueNalu’s first collaboration in South Korea and Pulmuone’s interest in cellbased seafood. This clearly is a forward-facing company with an eye on upcoming trends and the future of food.

“Unlike existing plant-based meats that focused mainly on western dishes and hamburger patties, we will develop Korean-styled dishes aimed at establishing unrivaled competitiveness,” said a Pulmuone representative of the imminent product launches.