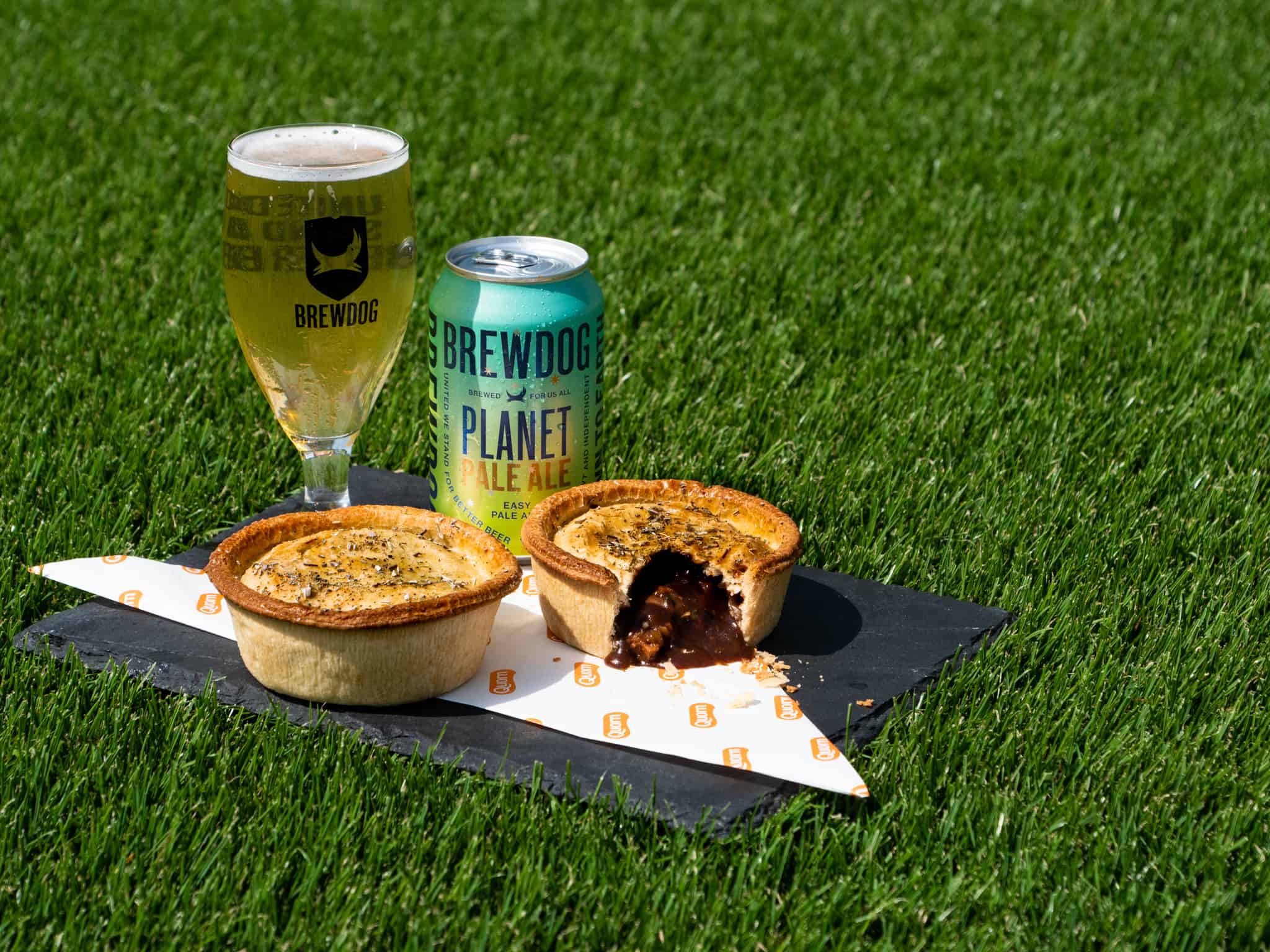 Following its first collab with BrewDog for a line of beers this June, Quorn announces a further launch with the much-discussed Scottish brewer — this time for the Q-Dog pie which debuted at the Forest Green Rovers home ground last weekend.

The pie features Quorn’s Vegan No-Beef Pieces, unique to its food service partners, and BrewDog’s Planet Pale Ale, with the launch timed to celebrate the promotion of the club (the world’s first and only vegan football club) to League One for the first time in its 133-year history. The new pie joins the award-winning Q Pie as a permanent fixture on FGR’s match day menu.

Recognised by FIFA and the United Nations as the world’s greenest football club, Forest Green Rovers has been sponsored by legacy brand Quorn since 2015 and says Quorn is an “essential part of our matchday experience”. The existing Q Pie served at the team’s grounds was commended at the British Pie Awards and won Menu of the Year at Sport & Leisure Catering Magazine’s Awards.

Peter Harrison, Chief Commercial Officer for Quorn, said: “We want to make sure that delicious food that is better to the planet is available wherever and whenever consumers are making food decisions. The launch of Q-Dog Pie is another step closer to helping us realise that vision. We know it has a lot to live up to, the Q Pie is already legendary with the fans at Forest Green Rovers, but as a permanent fixture on the menu, we’re confident it will be a hit.”

Lauren Carrol, Director of Brand & Marketing at BrewDog, comments: “This is our second year working with Forest Green Rovers and our second exciting collaboration with Quorn. Being able to bring these three planet-focused brands together to offer supporters an amazing match day experience is inspiring, and we can’t wait for them to be enjoying their pre-match with a Q-Dog in one hand and a pint of BrewDog in the other.”