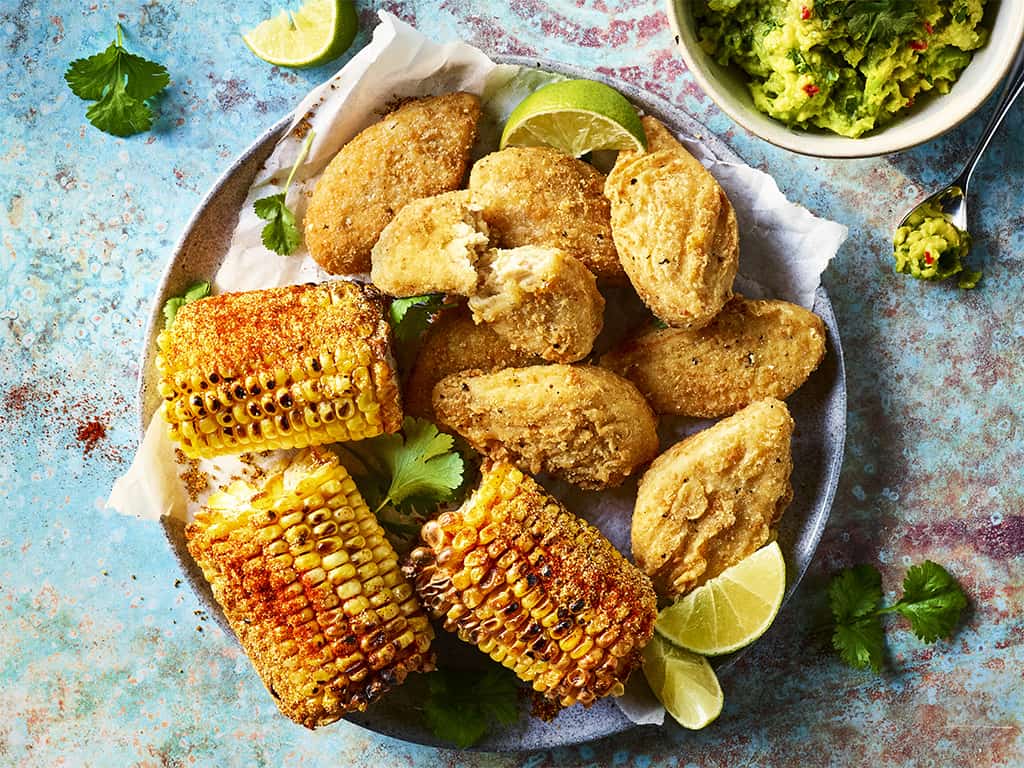 Featuring a smokey taste and a chicken-like texture, the Wings are part of Quorn’s new Vegan Takeaway range. The Bites — balls of breadcrumb-coated mycoprotein with a filling in the centre — contain either a creamy garlic and herb sauce or a mild korma curry.

The vegan Mini Fillets consist of mycoprotein marinated in either a jerk sauce or a sweet chilli sauce. They are said to be ideal for wraps, salads, and sandwiches.

Though Quorn originated in the UK, it has now expanded to 14 countries worldwide. In August, the company announced ambitious plans to become “the king of alternative chicken globally“.

Quorn is seeing particular success in the US, where it launched “ChiQin” wings and cutlets in October. Following the opening of a new Culinary Development Center in Dallas in September, the brand told vegconomist it was “paving the way for new exciting alternative chicken innovations”.

“Quorn products are versatile, convenient and taste great thanks to mycoprotein, so you can choose to eat it everywhere, from at home with your family to restaurants,” the company said. “The new Culinary Development Center is intended to help us expand on these relationships and is designed to replicate QSR stores, encouraging easy collaboration between potential partners.”