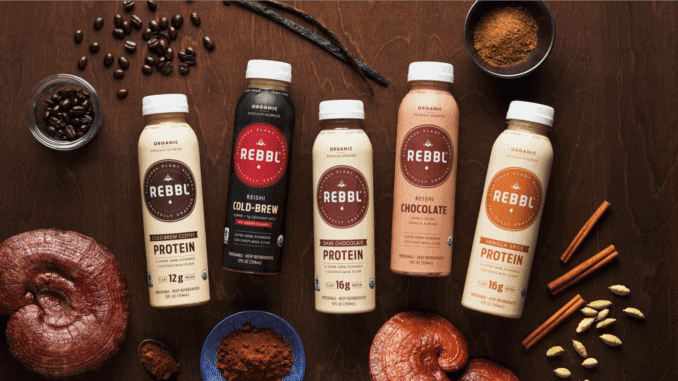 REBBL’s beverages are made exclusively from vegan ingredients and contain active plant-derived substances – so-called adaptogens – which help the organism to stay calm in times of increased physical and emotional stress. The beverages are a newcomer to the market and could be in particular demand from consumers with stress-related conditions such as exhaustion or overload. The special thing about adaptogens is that they only become active in times of acute stress.

The aim of this market entry is both to provide an alternative dietary supplement and to promote social responsibility. The latter is the focus of REBBL, through organisational measures against global human trafficking. Human trafficking is a global social problem that Sheryl O’Loughin (CEO of REBBL) wanted to address, and so the company was born.

Originally, REBBL was founded to give farmers in the Amazon rainforest the opportunity to grow the adaptogenic ingredient of the beverages. The opportunity to grow crops could partially prevent the human trafficking caused by poverty and rural exodus, which particularly affects the rural population. Poverty is most threatening in rural areas where people are dependent on the yields of agriculture.

The question of whether the creation of arable land could actually reduce the risk of human trafficking is certainly exciting, but the results remain to be seen.