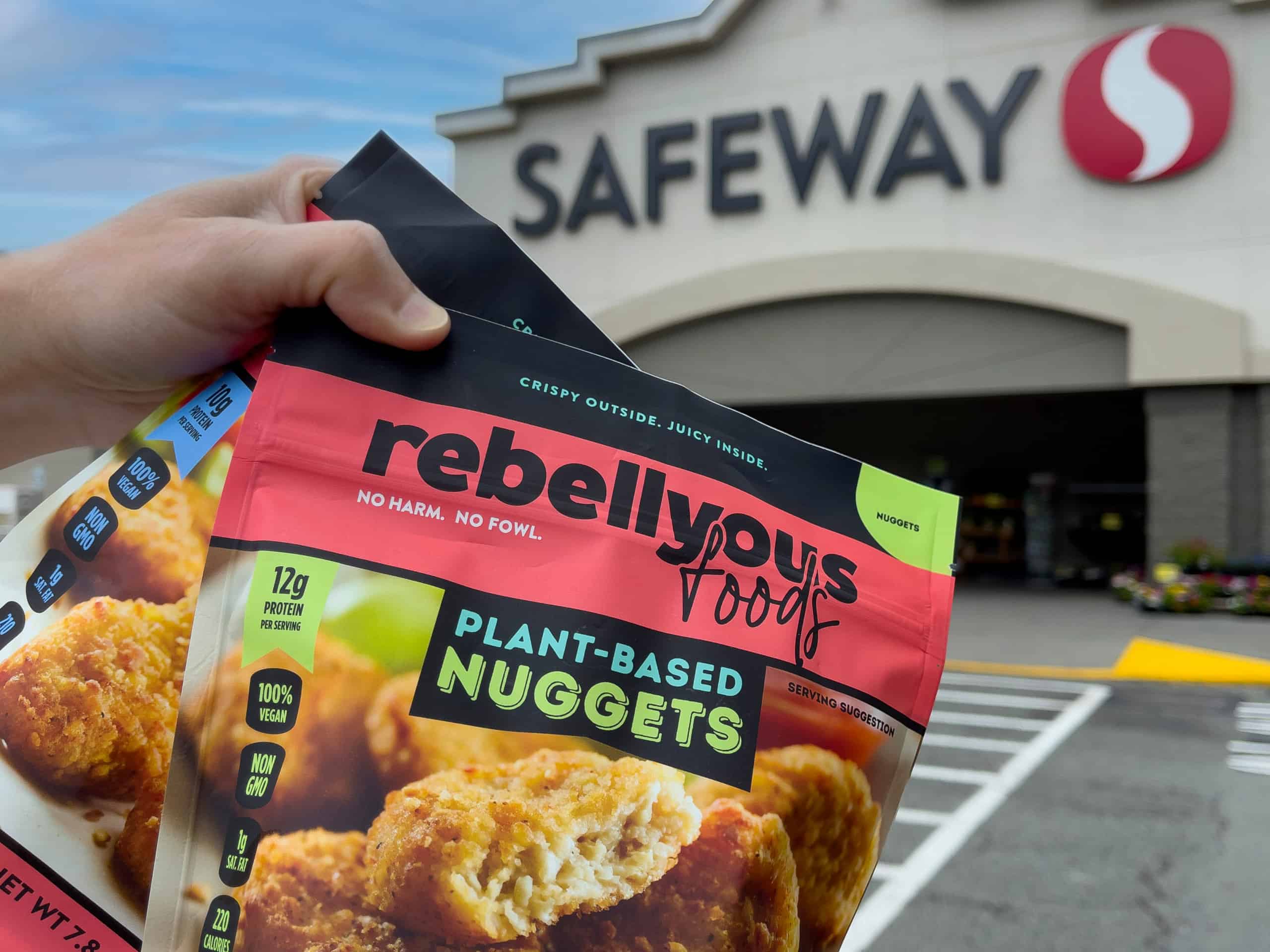 Seattle startup Rebellyous Foods has announced the expanded availability of its award-winning plant-based nuggets, as well as patties and tenders. As of this week, the products will be available at more than 200 Safeway stores in the Pacific Northwest.

“We look forward to bringing the Rebellyion to all four corners of the U.S. and beyond in the months to come.”

Founded by former Boeing engineer Christie Lagally, and backed by the vegan Saudi Prince Khaled amongst other high profile investors, the brand recently pivoted into retail as the consequences of the pandemic took their toll on the foodservice sector.

Last month, Rebellyous Nuggets were awarded the New Product Award in the Plant-Based Protein category as part of the Specialty Food Association’s (SFA) 2021 sofi™ Awards. Rebellyous also stands out for the fact it focuses on the development of innovative technology specific to the plant-based meat industry to reduce production costs.

In a recent interview with vegconomist, Rebellyous explained how having raised $6 million in investment funding it was able to build its own production line at its Seattle headquarters and build up its engineering R&D team. It now has plans to continue its retail expansion and bring affordable, nutrient-dense, plant-based options into new markets.

“Bringing Rebellyous Nuggets, Patties, and Tenders to hundreds of Safeway stores in the Northwest is a proud moment for our team,” said Christie Lagally, founder and CEO of Rebellyous. “We look forward to bringing the Rebellyion to all four corners of the U.S. and beyond in the months to come.”

Rebellyous Nuggets, Patties, and Tenders are 100% plant-based with no cholesterol, antibiotics, or hormones, and less saturated fat than chicken nuggets. Safeway shoppers in the Pacific Northwest will be able to find the products in the freezer case for $5.99 ($6.49 in Alaska).