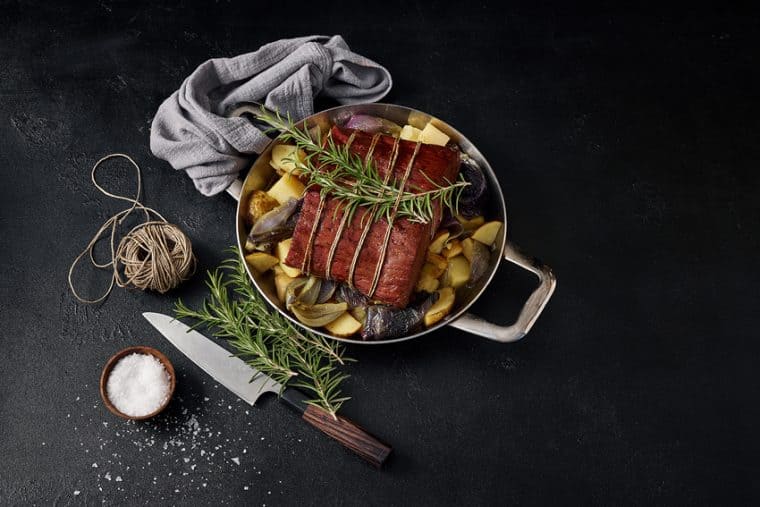 Israeli company Redefine Meat has launched what it claims are the first ever plant-based whole cuts comparable in quality to animal meat.

Redefine’s whole beef and lamb flank cuts are now available at select restaurants in the UK, Germany, the Netherlands, and Israel. The rollout will extend across Europe, the US, and Asia over the coming months.

Already, the whole cuts have received acclaim from a range of high-end and Michelin-star chefs, including Marco Pierre White, Ron Blaauw, Joachim Gerner, and Shahaf Shabtay.

“When I first tasted Redefine Meat, I was mind-blown,” said White. “Redefine Meat’s New-Meat products are pure genius, giving you all the sustainability and health benefits of plant-based, without the compromise on taste and texture.”

Blauuw agreed. “Honestly, I was so surprised by the texture and structure of the meat,” he said. “The first time I tried it, I remember closing my eyes and appreciating the chewiness and mouthfeel like I would a great cut of meat. Even now, my head is still spinning with the possibilities this meat creates for our menu.”

Redefine says it is targeting meat-lovers, with the aim of breaking down the barriers to widespread acceptance of alt-meat. The company believes that the sector currently lacks the quality and variety to convince many meat-eaters, but Redefine hopes to change this and ultimately to become the biggest meat company in the world.

Redefine’s meats are made using 3D printing, and Head of Innovation and Technology Daniel Dikovsky told vegconomist that the technology is ideally placed to replicate the complex structures of animal muscle. The company launched its first products — hamburgers, sausages, lamb kebabs, middle eastern ‘cigars’, and ground beef — this July, made possible by a $29 million fundraise at the beginning of the year.

“Over the past few weeks at COP26, we’ve seen world leaders commit to landmark goals such as the elimination of all deforestation by 2030, which requires a significant reduction in global meat consumption,” said Eshchar Ben-Shitrit, CEO and Co-Founder of Redefine Meat. “Redefine Meat has its eyes set on the real problem – not meat, but the way it’s produced. We have a genuine solution that today, not in 2030, preserves all the culinary aspects of meat we know and love, but eliminates cattle as a means of production.”

He added, “We’ve achieved a level of superiority in taste and texture that surprised even some of the most recognized chefs in the world, and our unique technological capabilities enable us to replace every part of the cow for the first time.”