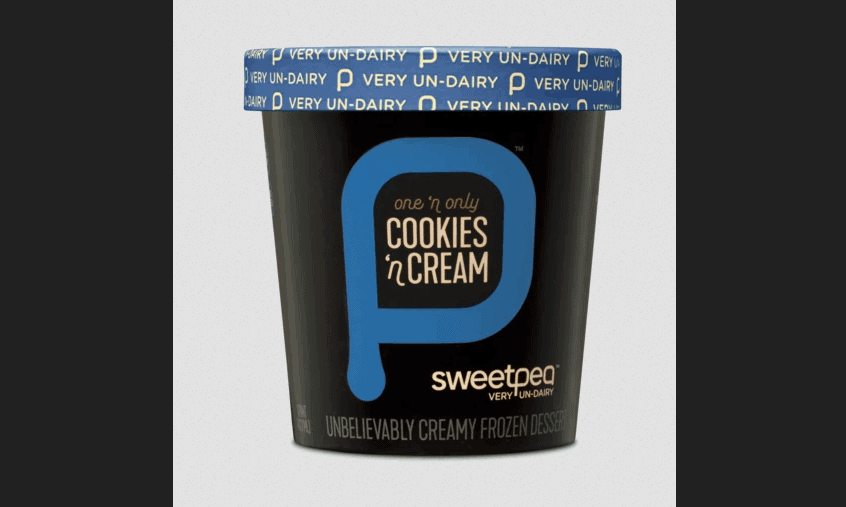 US brand SweetPea has launched a non-dairy ice cream made from chickpeas. According to the company, it’s as creamy as dairy ice cream with half the amount of fat and calories.

Co-founder Heather Romens is no stranger to selling frozen desserts — her family opened a successful ice cream shop back in 1987. But ironically, Romens is lactose intolerant and wasn’t able to enjoy the ice creams herself. This inspired her to create a brand that everyone could enjoy.

SweetPea claims it’s the first chickpea-based ice cream to be available nationwide. Its pints are available in nine flavours, including That’s a Mean Vanilla Bean, Peanut Butter Bomb, Must Do Cold Brew, and Hello, Cookie Dough!

The launch is timely — sales of vegan ice cream have more than doubled in the past five years, driven partly by growing health awareness.

Many non-dairy ice creams use ingredients such as almond, oat, or coconut, but SweetPea isn’t the only company turning to legumes. Last year, Halo Top began making its vegan ice creams from fava beans instead of brown rice protein. And back in 2018, Little Bean also began serving chickpea ice creams.

Currently, SweetPea’s ice creams are only available from the company’s website, though they can be delivered nationwide. The company is offering a free pint with all orders of three or more, while stocks last. It hopes to launch in retail stores later this year.

“We’re excited to finally share SweetPea with ice cream lovers everywhere,” said Heather Romens. “It was important for us to provide a non-dairy frozen dessert that is both delicious and can be enjoyed by everyone. We’re incredibly proud of the pints we’ve created.”