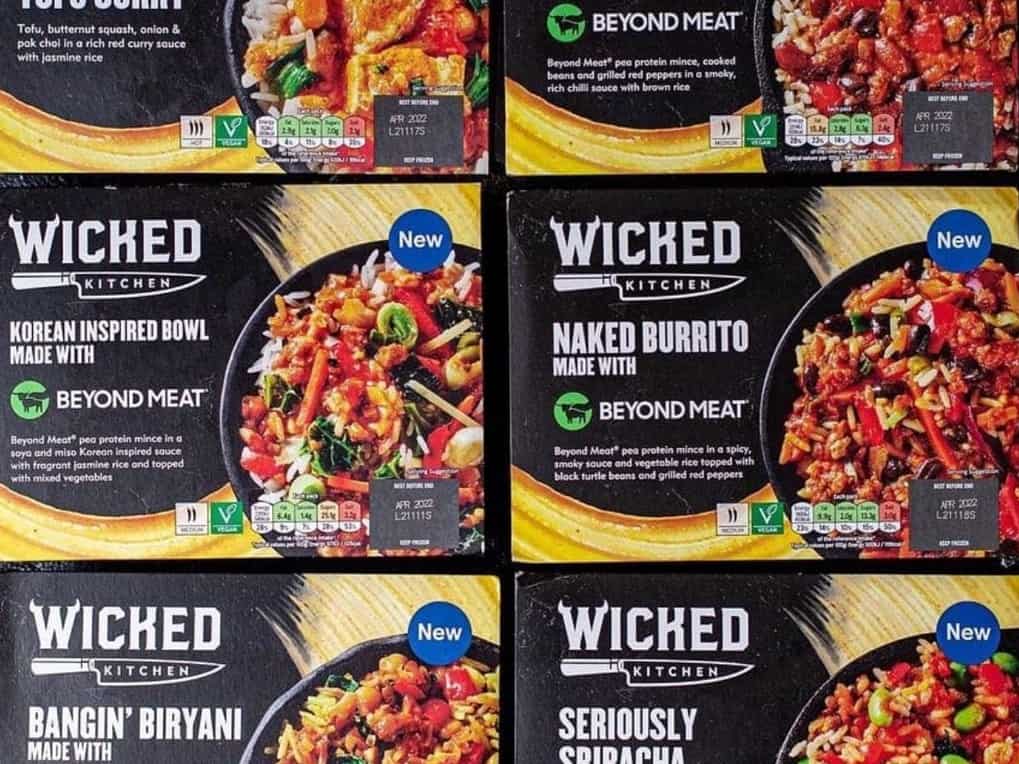 After recently adding its first vegan cheese to its Grab and Go deli counter, UK’s largest supermarket Tesco has announced a major new partnership with Beyond Meat through its hugely popular Wicked Kitchen range, headed by vegan chef Derek Sarno, who announced the news on social media last week.

“We are thrilled to be working with them on this new range,” Derek Sarno

This agreement marks the first time that Beyond Meat has collaborated with another food manufacturer in the UK, and continues the rise in the category of plant-based convenience foods, currently witnessing exponential growth and investor interest.

Tesco was recently crowned the best choice for plant-based food options in a recent study of the nine major UK supermarkets, and the latest product range launch follows on from its pledge – made last autumn – to grow its plant-based meat-free alternatives by 300 percent by 2025.

In November of last year, Wicked Kitchen announced plans for a global expansion to take place in the summer of this year, with an initial USA launch on the cards as the first entrance into the global market. Speaking at the time, Chef Sarno stated, “We’ve created the tools, recipes and products to make it simple, flavorful and fun for people to eat more plant-based foods in the UK, and we are excited to now bring these to the US, Canada and other European countries.”

On the new Beyond Meat partnership, he commented: “Both Wicked Kitchen and Beyond Meat have worked hard to create excitement in the world of plant-based food in the UK and we are thrilled to be working with them on this new range.

“I brought Beyond Meat to Tesco a few years ago so it’s great to be collaborating again and working with them on these new Wicked Kitchen frozen plant-based meals.”

The four meals in the new range, which cost £2.75 each, are as follows:

“We hope that the launch of these new meals will encourage more people to give plant-based food a try. Early feedback from participants in food trials for the new range was the flavour was so authentic, many could not believe the meals were vegan,” adds Sarno.

Chuck Muth, Chief Growth Officer at Beyond Meat said: “As consumers are increasingly looking to include plant-based meals in their diet, Tesco’s new ‘ready meals’ featuring Beyond Meat, offer a simple and delicious solution without having to sacrifice on flavour or convenience.

“We are proud to be the best-selling chilled plant-based burger at Tesco and look forward to continuing our partnership with one of the UK’s top retailers as we work to satisfy consumers’ growing demand for delicious, nutritious and sustainable plant-based meat across Europe.”