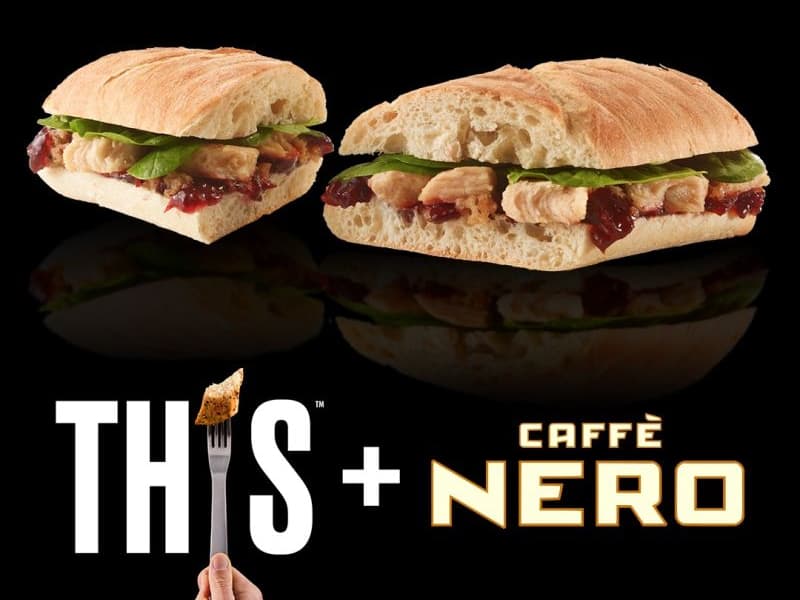 Known for what it calls “hyper-real food”, THIS is one of the UK’s leading plant-based meat producers. The new vegan offering at Caffé Nero features THIS plant-based turkey, cranberry and port sauce, and fresh spinach leaves, costing £4.60. Caffé Nero also offers a vegan meatball panini at most locations.

THIS recently secured an £11 million Series A round – the largest ever for a UK-based alt meat brand – and is stocked in over 8,900 retail distribution points including all four of the UK’s major grocers, despite only launching in 2019.

The rise of plant-based meat options in UK chains reflects consumer demand in the country, with studies showing 51% of Brits would swap meat in their diets for plant-based alternatives, while nearly half of Europeans recently surveyed had largely reduced their meat consumption.