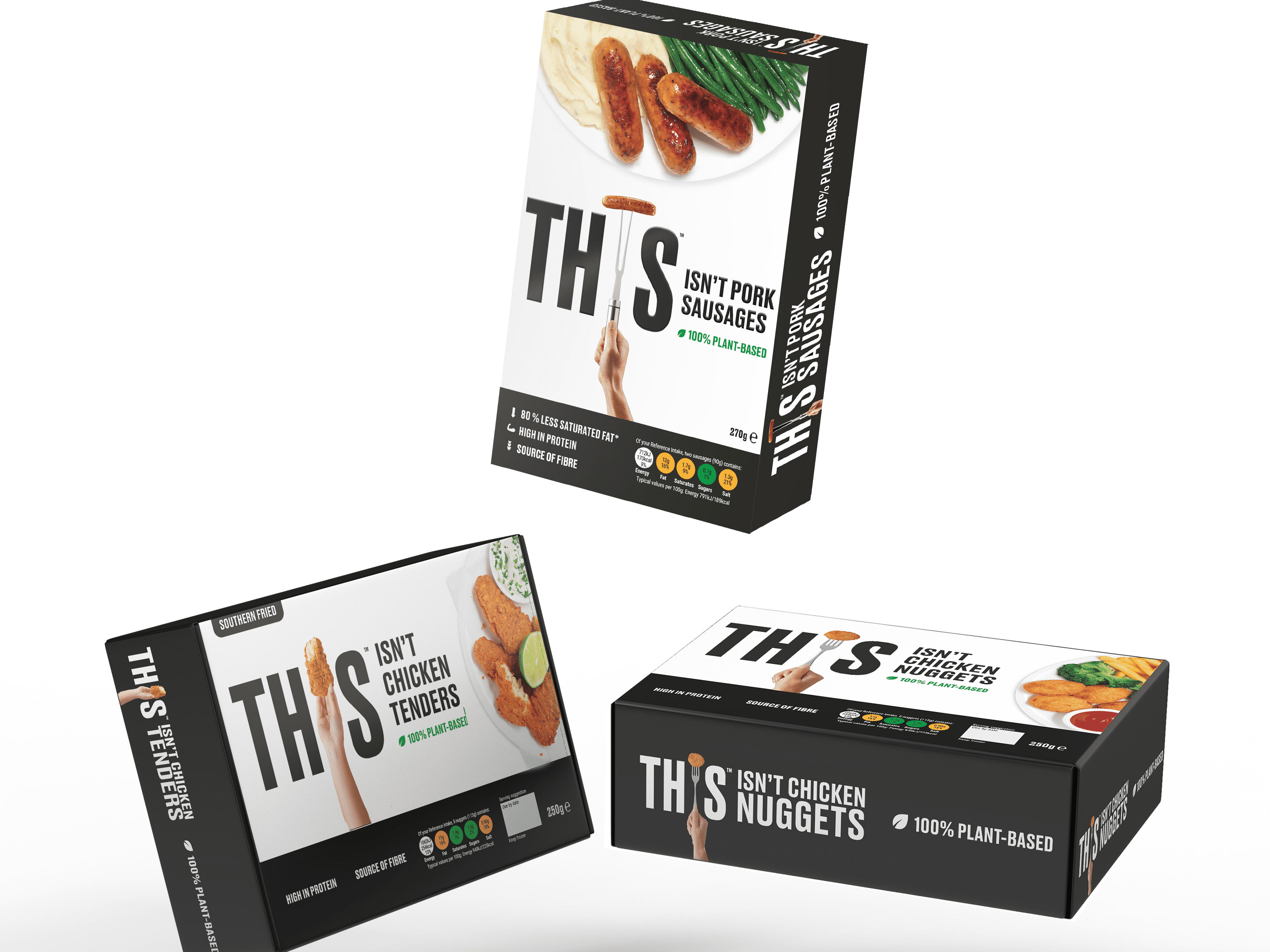 THIS is launching into a new category with a range of frozen plant-based food products. With claims to be the UK’s fastest-growing alt meat company, THIS is expanding into the also fast-growing vegan frozen food segment with a range of products aimed at younger audiences and driving market growth.

The new frozen range includes: THIS Isn’t Chicken Tenders, THIS Isn’t Pork Sausages and THIS Isn’t Chicken Nuggets, now available via Sainsbury’s stores across the UK. Through its own market research, THIS has found its brand and range of chilled plant-based products over-index with younger audiences, including pre-family and young professionals, so it states its new frozen products will be aimed at attracting more younger audiences into the frozen category.

The products use a similar combination of ingredients as the current THIS chilled range, such as soya and pea protein. The chilled version of THIS Isn’t Pork Sausages have recently become one of the brand’s best-sellers, so creating a frozen version of this product aims to answer the demand for a wider variety of convenient plant-based options. The new products, which have an RRP between £2.75 and £3.00, will feature in recyclable cardboard packaging.

Recent data carried out by the brand suggests increasingly more “Gen Z-ers” are buying frozen. According to its research, around 26% of 18-24-year-olds now buy more frozen equivalents of their regular fresh purchases. More specifically, 31% had tried more new frozen foods such as meat substitutes. THIS has an established following in this age group, especially following its successful crowdfunding campaigns. The current campaign via Seedrs has already smashed its target by over £2 million.

“The overall growth of frozen meat-free has been pretty level the last few years. But when you look at how Gen Z-ers are taking to it and how our brand resonates with them it felt like a no-brainer to launch our own frozen range,” stated Andy Shovel, Co-Founder of THIS.