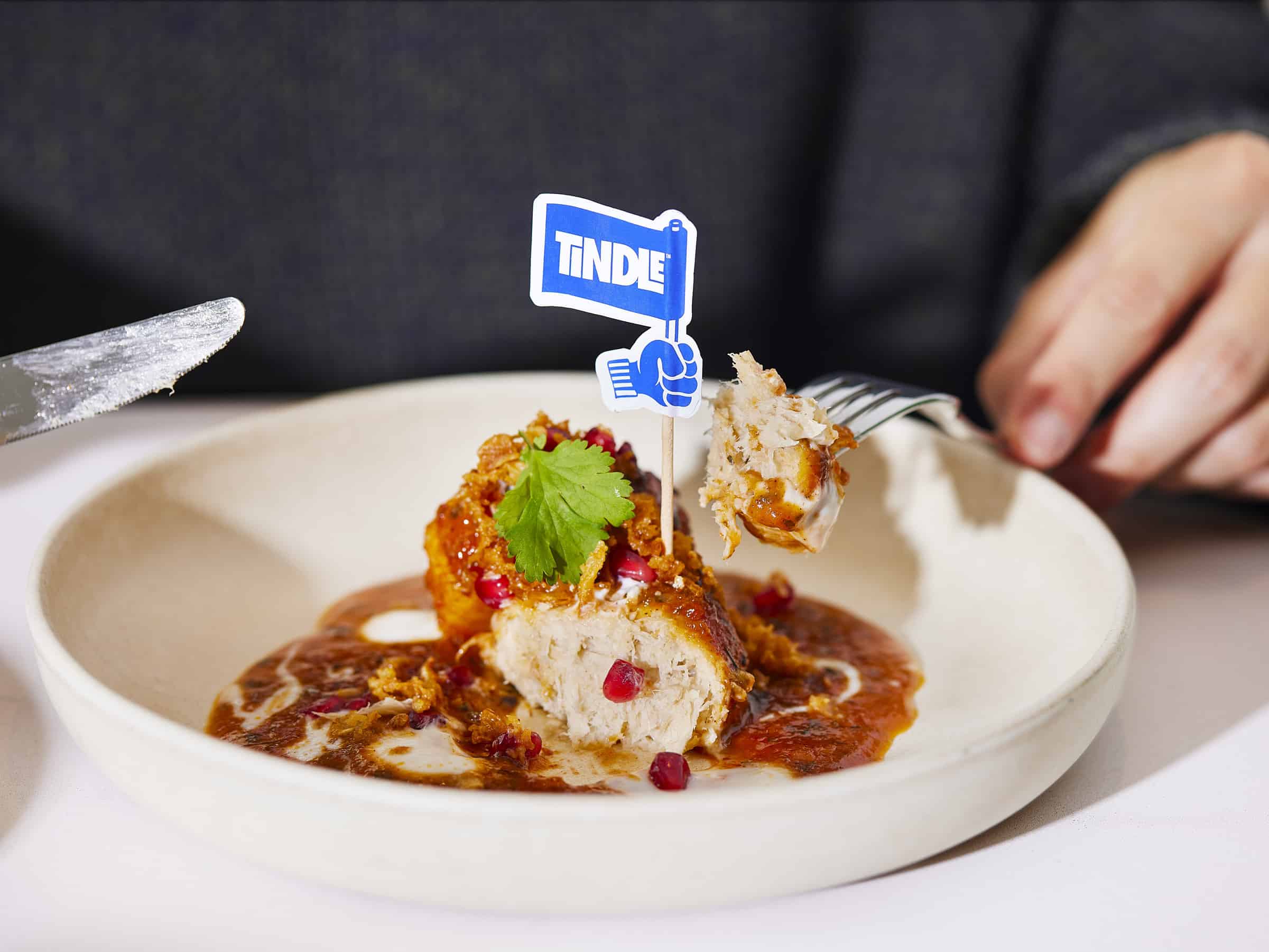 Neyba's Makhani made with ©TiNDLE

Next Gen Foods is launching TiNDLE in restaurants across the UK as of this month. The Singapore-based food tech is rolling out its flagship alt chicken product TiNDLE in over 50 locations nationwide including a pop-up shop in London.

“Since the very start, we have known that bringing TiNDLE to London would be a critical milestone for the company”

The brand’s entry into UK foodservice marks TiNDLE’s second European launch, only six months after its debut in Amsterdam. The move follows the company’s successful start in the US and its record-breaking $100 million Series A funding round. Along with the restaurant rollout, TiNDLE will host a three-day pop-up in partnership with the popular YouTube collective The Sidemen from 27th April through 29th April in Soho, London.

The full list of TiNDLE sites includes 11 of London’s most iconic eateries as well as key restaurant groups, including Aqua Shard, BrewDog, City Spice, Get Plucked, Let’s Do Maki, Neyba, Other Side Fried, Paternoster Chop House, Refuel Your Soul, sketch London, and Unity Diner – co-founded by Ed Winters AKA Earthling Ed. Additional cities throughout the UK are to be announced later this month.

“One of the world’s premier food destinations”

The plant-based chicken brand has seen rapid success and is now available in nearly 500 restaurants around the world. The brand claims its chef-designed, versatile and easy-to-work-with product is key to its growing popularity in the culinary world and diners will be able to enjoy TiNDLE in any chicken dish, such as satay, schnitzel, fried chicken, or chicken cordon bleu.

“Since the very start, we have known that bringing TiNDLE to London would be a critical milestone for the company. It is not only one of the world’s premier food destinations, but also a global hot spot for innovation,” commented Andre Menezes, CEO and Co-Founder of Next Gen Foods. “We are thrilled to be working alongside some fantastic restaurant partners and chefs in the UK, who are helping us achieve our goal of bringing delicious – but also sustainable – options to diners.”