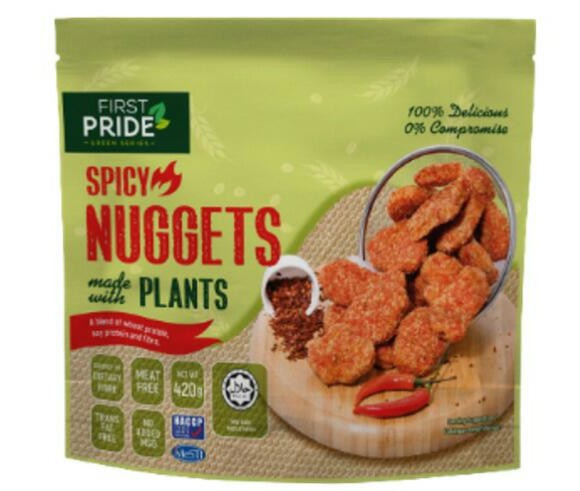 The launch begins with the introduction of plant-based nuggets, bites, and strips in Malaysia. The products are halal-certified and made with regionally sourced soy protein, wheat protein, and banana fibres.

Following the launch in Malaysia, the products will roll out to other Asia Pacific countries over the next few months. Retail sales of alt-protein products in the region are expected to surpass $20bn by 2025.

First Pride is already well-known in Malaysia as a meat brand, but this is the first time plant-based products have been sold under the name. Tyson has not previously offered alt-meat products in Asia.

The corporation has been attempting to expand into the plant-based sector for the past two years. Its initial attempts were questionable, including “plant-based” products containing eggs and a “hybrid” burger made from a blend of real meat and pea protein. But the company has since removed eggs from its formulations and discontinued the burger, making the range fully vegan.

Recently, Tyson has launched several new plant-based products in the US under its Raised & Rooted brand. It has also invested in numerous plant-based companies over the past few years.

“We’re thrilled to offer Asia Pacific consumers more high-quality protein choices as they explore flexitarian diets,” said Tan Sun, president of Tyson Foods APAC. “The Asian market is a natural fit for this category with traditional plant-based products like tofu already entrenched in the culture. The key to meeting consumer preferences with new plant-based protein is through innovation and making locally relevant products that taste great, which is our expertise.”