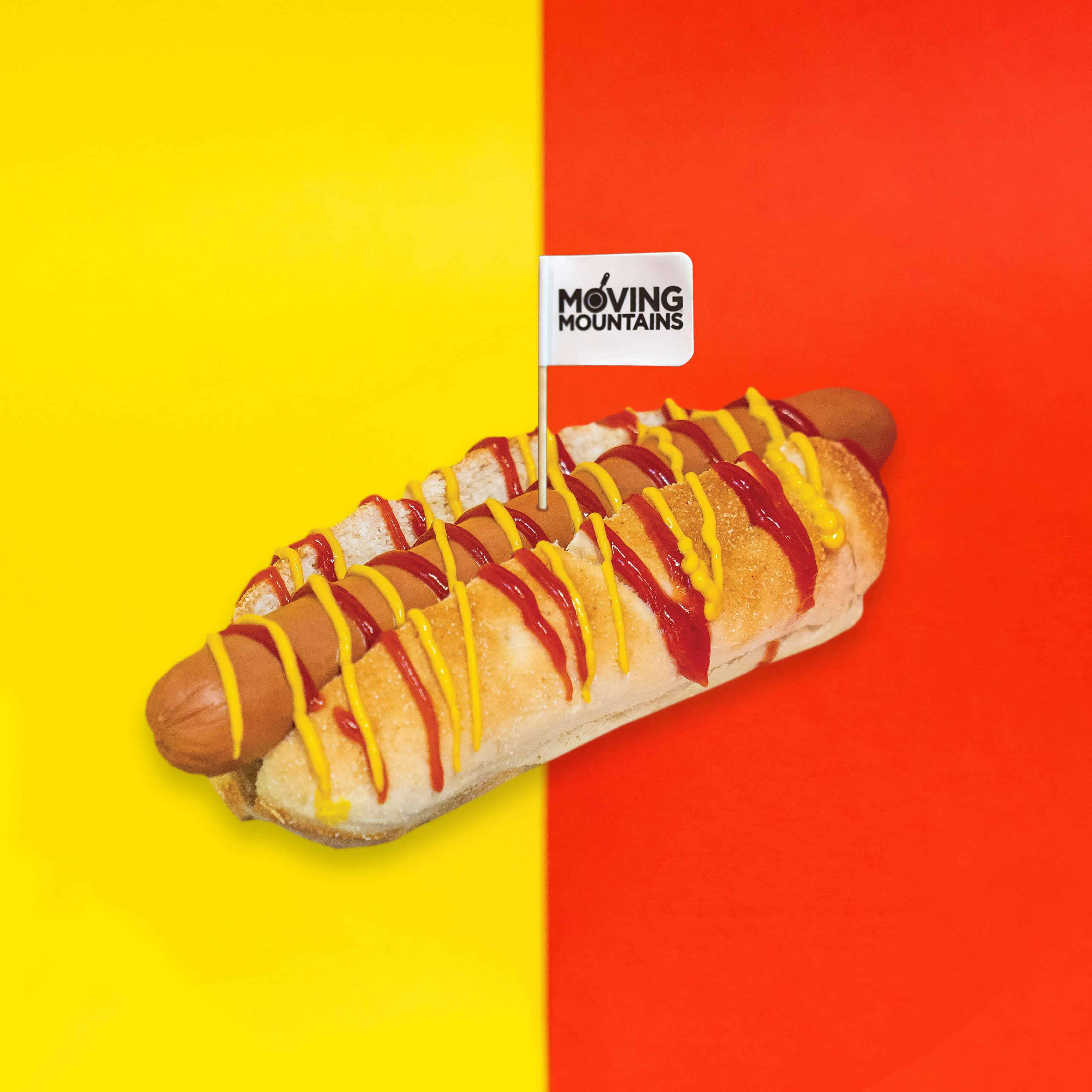 Moving Mountains, the British food tech brand and creator of the UK’s first meatless ‘bleeding’ burger, is launching the world’s first plant-based hot dog that looks and tastes exactly like meat, into London’s Unity Diner on 10th May. The product will be available in retail later this year.

Moving Mountains, the pioneering food tech company and leading plant-based creator of the UK’s first meatless ‘bleeding’ burger, has teamed up with not-for-profit vegan institution, Unity Diner, which was founded by famous UK activist Earthling Ed, whose interview with vegconomist is here. The world exclusive of this “mind-blowingly meaty, meatless hot dog” will take place on 10th May.

Unlike any other plant-based hot dog on the market, Moving Mountains has used food technology, incredible scientific processes, specialised machines, local natural ingredients and tested countless recipes over the past year to create the brand’s next truly revolutionary product, the Moving Mountains Hot Dog, which is identical to its pork counterpart in taste, smell and texture.

Almost a foot long at 10 inches and 3cm in width, the Moving Mountains Hot Dog is larger than the average hot dog and will launch into Unity Diner in London. It will sell for £6 at 50% off the regular price (£12) during the launch weekend (10th – 12th May) with a Classic American serve of caramelised onions, mustard and ketchup in a warm bun.

The food tech brand also plans to launch into supermarkets for the first time with a retail version of the Moving Mountains Hot Dog that will be available in different sizes and flavours. The business is currently in talks with supermarkets for a potential retail launch later this year, allowing more people to bite into the future of food.

Simeon Van der Molen, Founder of Moving Mountains says: “We can’t wait to unveil our world exclusive Moving Mountains Hot Dog at Unity Diner. The restaurant is the perfect fit for us as they align with our values as promoters of plant-based innovation and we want to generate sales for a not-for-profit restaurant, which gives us another chance to support animal rights and help make a difference to the world.