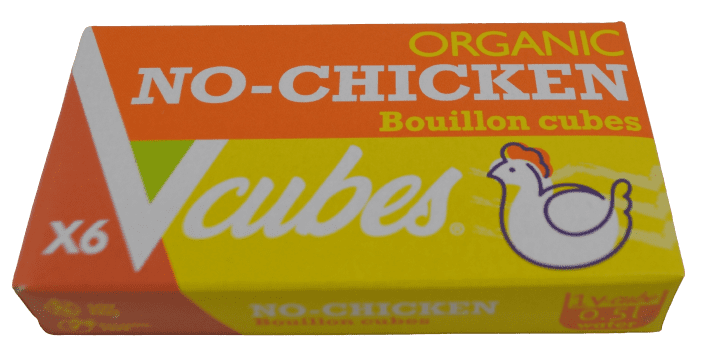 Veggiebel, a Belgian producer of bouillon powder products, has announced the launch of its first range of organic and vegan bouillon cubes.

“Our organic vegan cubes are the first to offer the comfort of flavor profiles.”

In 2021, founder and butcher’s son Pascal Depuydt started developing the bouillon cubes. The company is now offering four different cubes in a six-pack for retail with flavours including Chicken, Beef, Fish, and Pad Thai. According to the company, one cube should be dissolved in half a litre of boiling water.

Depuydt says the V-Cubes range was designed to meet consumers’ needs by offering a versatile product that can be used like a regular bouillon cube in different dishes. The products are claimed to be free from gluten, allergens, soy, yeast, palm oil, sugar, and glutamate. They are non-GMO and use only 100% natural spices from organic farmers.

V-Cubes can be used as a base for sauces, or to add flavour to many different dishes such as vegan chicken risotto or bouillon with noodles. The range is set to make the cooking process easier for families or events, as V-Cubes do not compromise on taste and can be enjoyed by everyone.

Veggiebel also offers the bouillon cubes in powder form for the food industry, foodservice and catering.

Commenting on its commitment to organic and vegan products, founder Pascal Depuydt says, “Vegan products should be as close to nature as possible in my opinion. That is why I have made the choice to only produce organic products.”