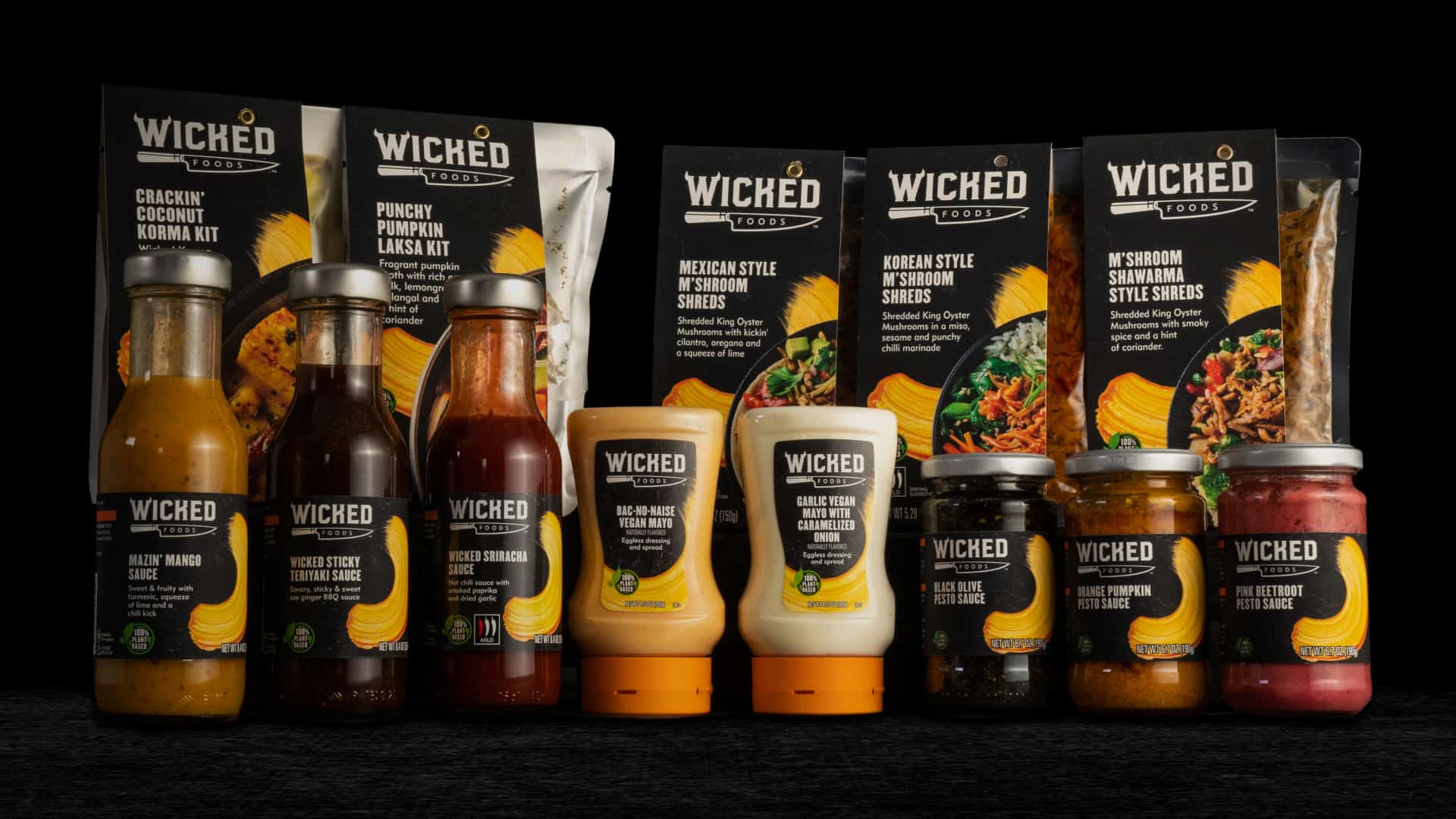 After completing its $14 million Series A funding round for US expansion, Wicked Kitchen has officially launched in the country. The cult-favorite plant-based brand has secured what it claims to be the largest plant-based brand rollout in US grocery history.

“We’ve created the tools, recipes and products to make it simple, flavorful and fun for people to cook and eat more plant-based foods in the UK, and we are excited to now bring these to the US.” – Derek Sarno, Co-Founder of Wicked Kitchen

Taking its global mission to expand animal-free foods to the US, the vegan meals market leader has announced the launch of its line-up in all Kroger outlets – America’s largest supermarket chain by revenue. As well as this, Wicked Kitchen has also struck a deal for a full rollout in Sprouts Farmers Market – one of the fastest-growing natural and organic retailers in the US. The product line boasts over 20 plant-based products and will now be available in 2,500 stores across the US.

In addition, the Sarno brothers are co-founders of Gathered Foods, makers of the rapidly-growing Good Catch plant-based seafood line. Between them, the vegan chefs have created a growing library of more than 2,000 recipes and online videos that have received more than 30 million views. The nationwide US launch of the Wicked Kitchen line ranges from convenient lunch and breakfast options to frozen ready meals and a range of meal solutions with sauces, mayos, pestos, and meal kits.

Derek Sarno commented: “Our mission is clear: we help people cook and eat more plants. Together with Wicked consumers, we help save many millions of animals, we help our planet, we support farmers and importantly, improve human health.

“We’ve created the tools, recipes and products to make it simple, flavorful and fun for people to cook and eat more plant-based foods in the UK, and we are excited to now bring these to the US.”

“We’re thrilled to launch Wicked Kitchen in the U.S. with Kroger, the nation’s strongest leader in grocery retail,” stated Pete Speranza, Chief Executive Officer of Wicked Foods, Inc. “As was demonstrated by Tesco in the U.K., the breadth of offerings Wicked Kitchen brings to market allows consumers to finally have a plant-based destination with a wide and growing variety of choices that has been lacking in the grocery market.

“What Wicked brings into the U.S. will be unlike anything else that has come before it in the plant-based space. This launch is one of the largest single-brand launches in the US grocery industry in decades,” he added.