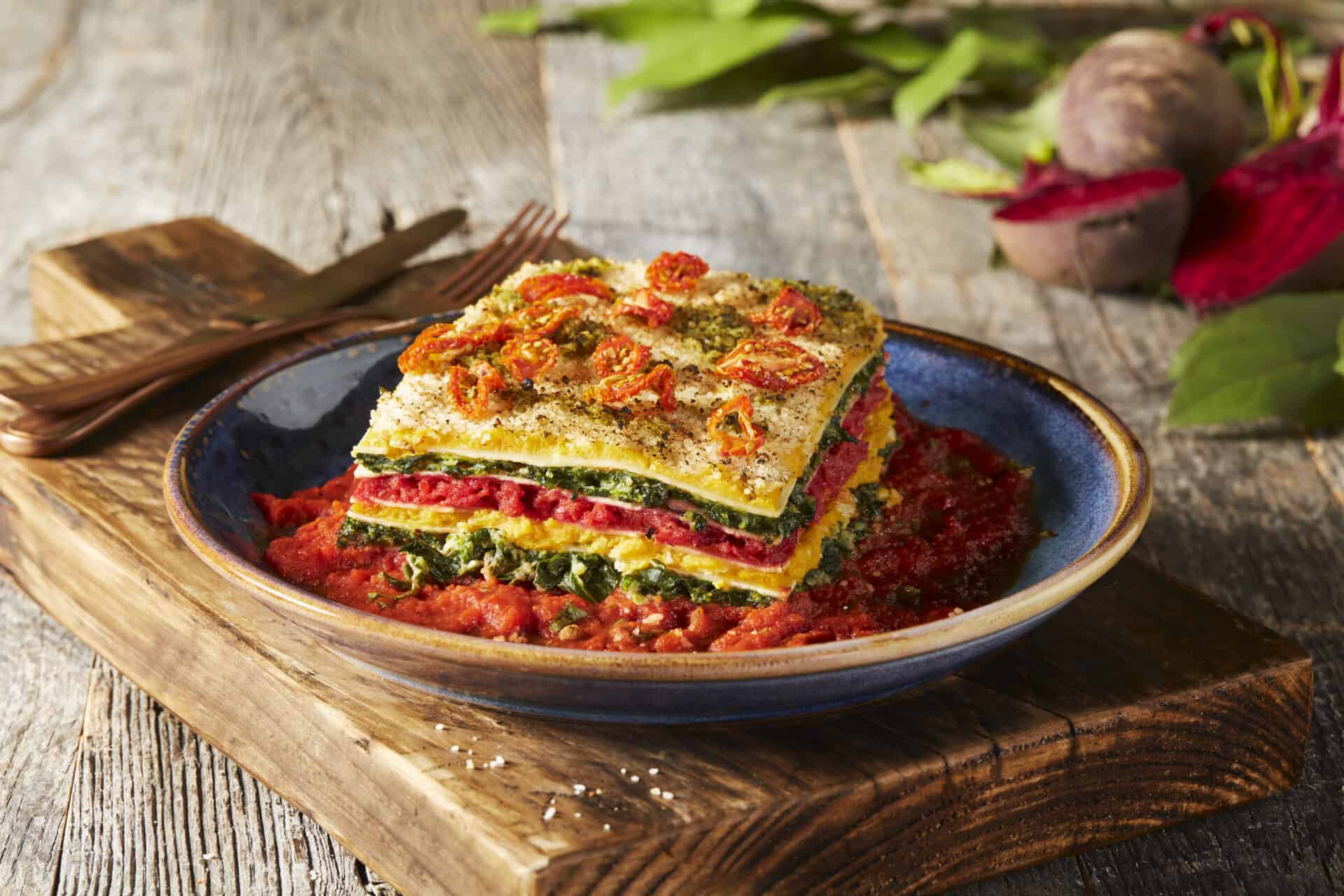 Zizzi previously launched 13 dishes at Tesco earlier this year, however these are the first vegan product launches. Tesco customers can now purchase Zizzi’s award-winning Jackfruit Pepperoni Pizza, the first-ever vegan pepperoni pizza to be developed by a high-street restaurant chain.

Shoppers can also try Zizzi’s chocolate brownie with hazelnut praline sauce, along with the chain’s colourful rainbow lasagne. The latter was originally intended as a limited-edition menu item, but proved so popular that it became a permanent fixture. The rainbow colours come from red onion, beetroot, butternut squash, and spinach.

Plant-based options are on the rise almost everywhere, and Italian restaurants are no exception. In the US, Buona last year trialled a sandwich with vegan Italian beef, which sold out in 24 hours and became a permanent menu item. Another US chain, MOD Pizza, now offers pea protein-based Italian sausage at all its locations.

An increasing number of plant-based Italian desserts are also available — for example, luxury chocolate brand Venchi recently launched four vegan gelato flavours, which are sold at its Chocogelateria stores in New York. Back in the UK, Zizzi offers an extensive vegan menu with options such as the Lentil Linguine Ragù and Zillionaire’s Slice.

“We are delighted to be expanding our Tesco range with our three vegan dishes. In March this year we launched a core range of products into Tesco which has already proved very popular with customers,” said Zizzi marketing director Rachel Hendry. “We’re really proud of our plant-based and flexitarian offering, the three vegan dishes we’ve developed suit all taste buds and we can’t wait for our loyal fanbase as well as new customers to taste and enjoy.”