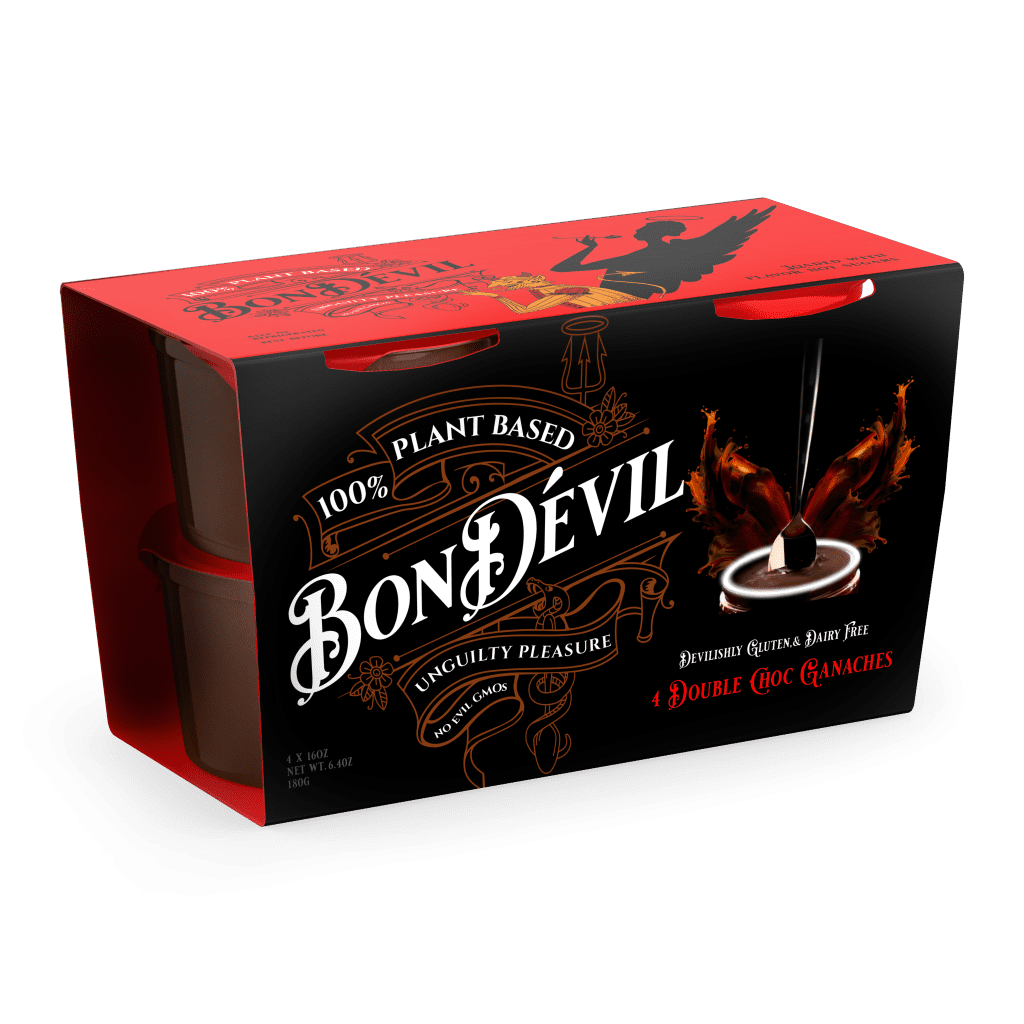 Says the brand, “Few mortals can resist the devastating temptation of Bon Dévil’s wickedly delicious coconut-based desserts. Born from the deepest darkest desires of grocery consumers, Bon Dévil comes in 4 different flavors and is 100% plant-based, gluten-free, no evil GMOs, under 120 calories and sin-free. Pure pleasure without the guilt, find Bon Dévil in major US Natural, Conventional and Mass Grocers.”

The Choc and Vanilla varieties now launch into Harris Teeter, a wholly-owned subsidiary of The Kroger Co. which operates more than 250 stores and 60 fuel centers in seven states and the District of Columbia. Bon Dévil says it will continue to expand into additional retailers within the refrigerated dessert set.

The dessert cups are created with a coconut base and contain no dairy, no gluten, no GMOs and are Vegan Certified, containing 100 – 120 calories per serving. In addition to the flavors launching at Harris Teeter, Bon Dévil also makes Salted Caramel Choc and Caramelized Banana ganaches.

“We’re excited to share Bon Dévil with the Harris Teeter family,” shares Bon Dévil founder James Averdieck. “We know the consumers of Harris Teeter will love these wickedly delicious desserts that not only taste amazing but happen to be completely vegan.”