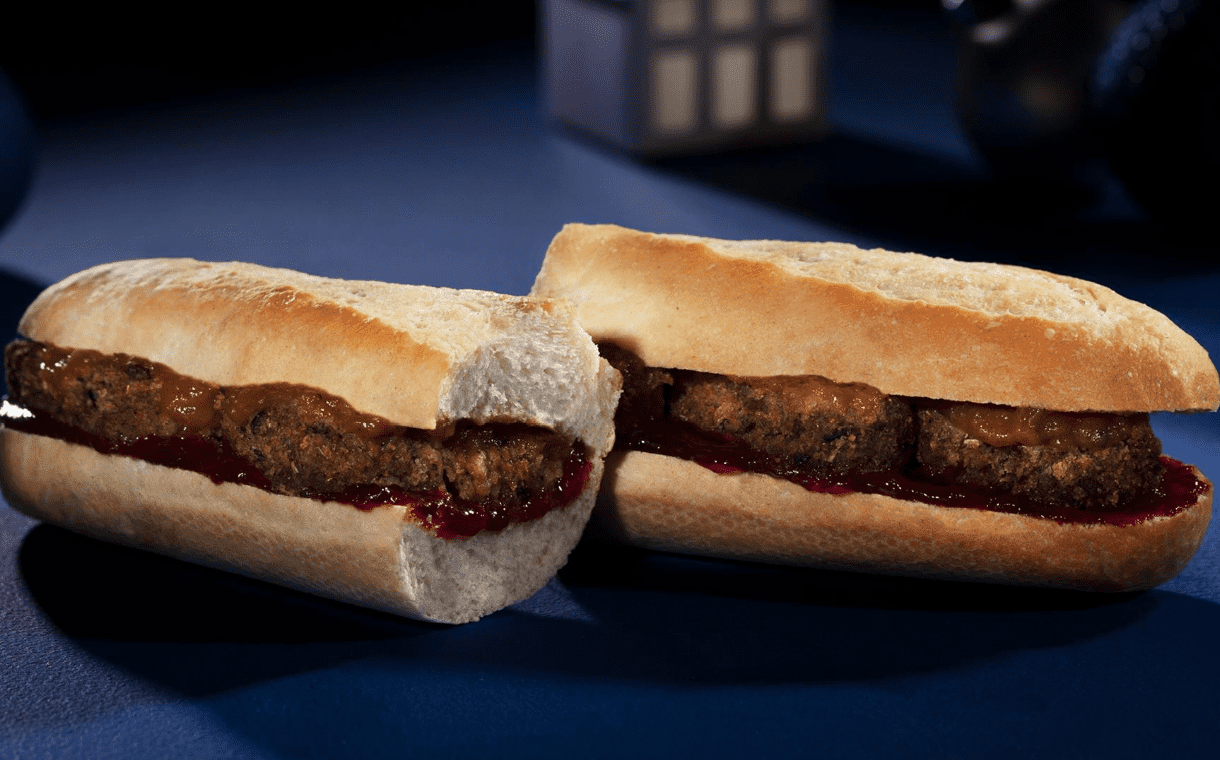 UK bakery chain Greggs has joined forces with alt meat brand THIS to launch a vegan turkey and stuffing baguette for the festive season.

The baguette contains plant-based turkey goujons with a sage and onion crust, along with vegan gravy and cranberry sauce. Available at all 2,200 Greggs locations, it is the chain’s second partnership with THIS, after the two brands began offering a vegan southern fried chicken baguette earlier this year.

Greggs has been working to expand its vegan range since 2019, when the chain’s first plant-based product — a sausage roll — led to a huge boost in sales.

THIS has announced a host of new product launches and collaborations in 2022, becoming the first ever plant-based partner for long-established high street retailer WH Smith in July. The brand entered the salty snacks category in June through a partnership with chickpea puff brand HIPPEAS, and also launched its first ready meals and frozen meat alternatives this year.

“Having such a huge operator and admired brand as Greggs want to work with us is massive. It’s a statement on the quality of the products we’re producing,” Andy Shovel, co-founder of THIS, told Grocery Gazette. “It’s also reflective of the continued investment into and demand for plant-based food. Both [co-founder] Pete and I are personally buzzing about this partnership.”