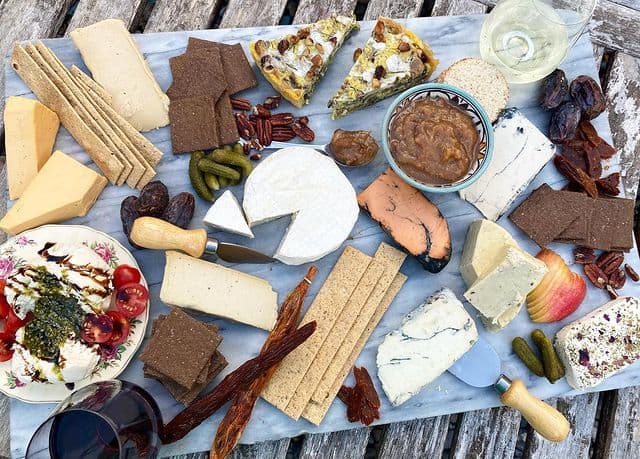 An artisan vegan deli called Herbivore is set to open at Wapping Wharf in the UK city of Bristol. The store will be managed by Janice Heskett, who previously operated Café Matiriki in Finzel’s Reach, along with daughter Danielle.

Herbivore will focus on sustainable, artisan foods made by small producers, with offerings likely to include vegan cheeses, cakes, and tarts. Located in a converted shipping container, the founders joke that the store may be the world’s smallest vegan deli.

Worldwide, an increasing number of companies are developing vegan artisan or deli-style foods. In the US, Plantcraft has just introduced a new deli meat line, while Mrs. Goldfarb’s Unreal Deli has seen huge success and is now valued at $50 million. Squeaky Bean offers similar products in the UK.

There are also numerous companies focusing on artisan vegan cheeses and dairy alternatives. These include Nuts for Cheese and Cheeze & Thank You in North America, along with Nush Foods in the UK.

“We are so excited to be opening our vegan deli in Wapping Wharf, it’s a very special place,” Janice Heskett of Herbivore told Bristol World. “We moved to Bristol ten years ago and instantly fell in love with the food scene here; it’s so refreshing for a community to actually embrace and support small, local independents.”

Herbivore is set to open at the end of September.