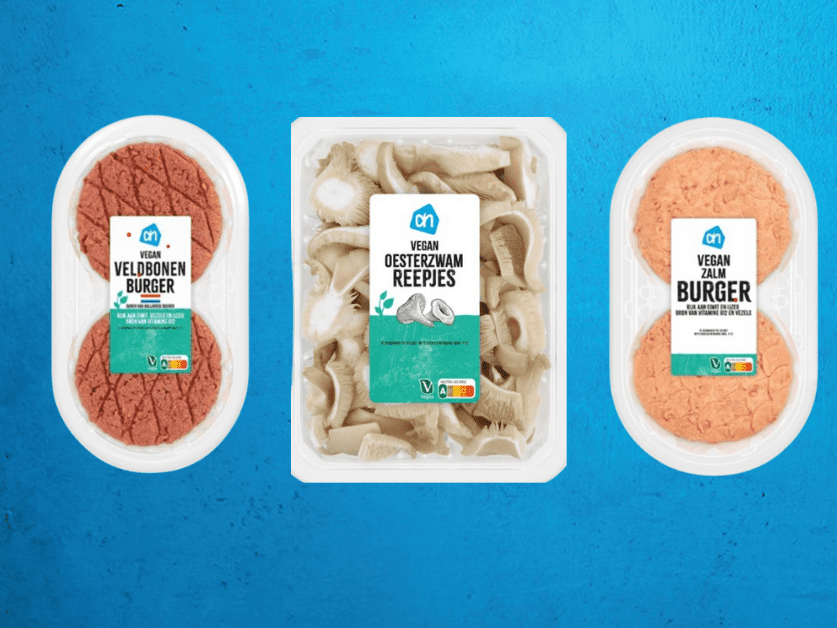 Albert Heijn, the Netherlands’ largest supermarket chain, is now focusing on plant-based as standard as it aims to ensure 60% of consumed proteins are plant-based by 2030. Supporting the movement towards a more plant-based diet, Albert Heijn is doubling the number of alt meat products with a price equal to or cheaper than conventional counterparts.

As it moves to make plant-based eating more accessible, Albert Heijn is significantly expanding its plant-based range with an expansion of over 150 new products added to the more than 1000 products currently in the range. The expansive product lineup includes an exclusive bean burger made with locally grown Dutch beans, new vegan salmon burgers, mushroom shoarma, and caviar alternative made from seaweed.

“For a healthier future, for people and the planet, it is necessary to eat more vegetable proteins. That is why I think it is so important that we as Albert Heijn take our part in this and help our customers on their way to a more plant-based diet”, stated Marit van Egmond, CEO of Albert Heijn.

“We see that interest in plants is growing and demand is increasing, but there is also a need for more convenience and inspiration. We do this by offering the widest choice of tasty, healthy and affordable vegetable and vegetarian products,” added van Egmond.