According to research from shopping comparison website Finder.com, 12 million UK consumers (23% of the population) say that they will be vegetarian, vegan or pescatarian by 2021. There are already 6.7 million following a completely meat-free diet, and with an additional 5.3 million over the next 12 months would mean a growth of 79%.

The UK has a population of 66.4 million. Over a million more people intend to become vegan over the next 12 months, this trend follows on from a successful year for the dietary lifestyle. Finder’s research estimates that since the start of 2019, the number of vegans in the UK increased by 419,000 (62%). This trend is set to keep growing and in fact the number of vegans is expected to double by the end of 2021.

However, it seems not many were able to stick to a meat-free over the past year. Of the 5.2 million that hoped to completely cut out meat by the end of 2019, only 5% (236,000) have done so. One explanation for this could be a rise in the awareness of flexitarianism. 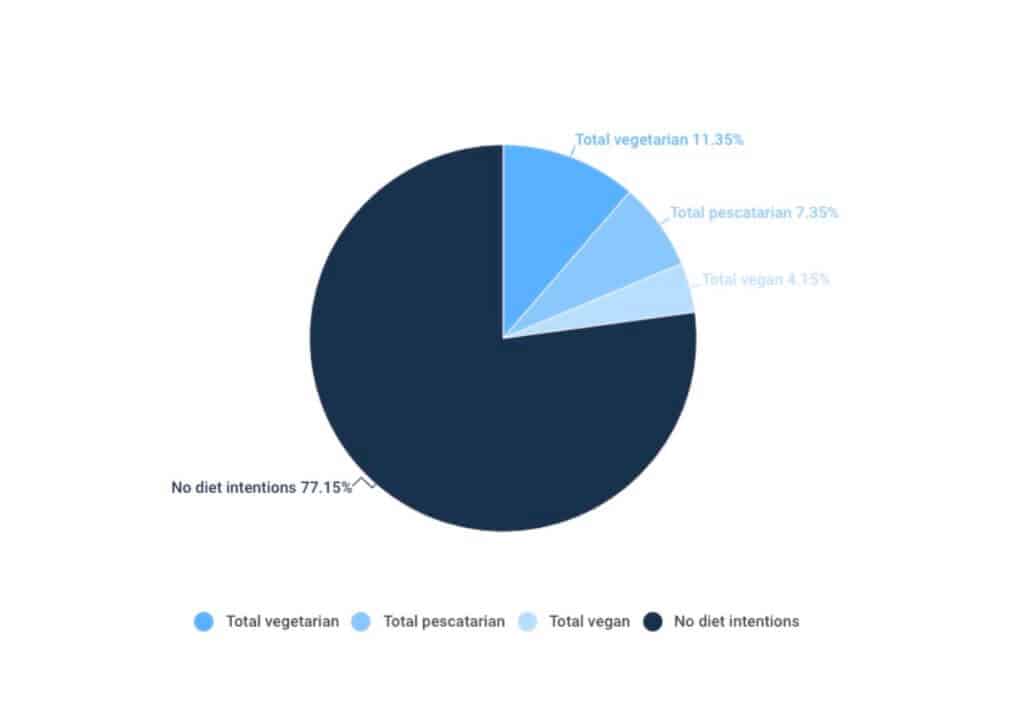 Millennials are the most meat-free generation at the moment – 15% of this generation said that they currently go without meat by following a pescatarian, vegetarian or vegan diet. By 2021 gen Z could overtake millennials, with 35% of gen Z aiming to be meat-free compared to 32% of millennials.

Georgia-Rose Johnson, shopping and travel specialist at Finder.com said: “In 2019 climate change received a lot more media exposure than it’s ever had before and highlighted that meat-free diets can help to improve current climate issues. With this in mind it’s great to see that such a large amount of people are aiming to be meat-free by the end of this year. Especially the number of those who are aiming to be vegan, with our research showing veganism grew by 62% in the UK over the last year.”
Share article: