The world’s first Jewish vegan centre has opened in London, UK. The Jewish Vegetarian Society hopes to open more such hubs to service “the ever-increasing demand for and interest in Jewish veganism.”

More than 300 people attended the opening ceremony, including the first vegan MP in Britain, Labour’s Kerry McCarthy. The centre opening comes after a crowdfunding campaign, which raised money to transform the Jewish Vegetarian Society’s building on Finchley Road, adding a kitchen, garden, meeting rooms and a large hall.

“We are delighted to open the doors to the world’s first Jewish vegan centre at just the right time, when community centres are in short supply, and when the production of animal products is crueller than ever,” Lara Balsam from the centre told the Jewish News. 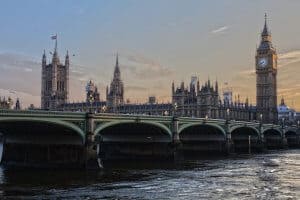 In 2017, over 70 rabbis from across the world and from across the religious spectrum, signed a declaration encouraging Jews to switch to a vegan diet. Not causing pain to another living creature is a central principle of the Jewish tradition.

“This approach to sustenance is an expression of our shared Jewish values of compassion for animals, protection of the environment, and concern for our physical and spiritual well-being,” stated the Jewish Vegetarian Society.