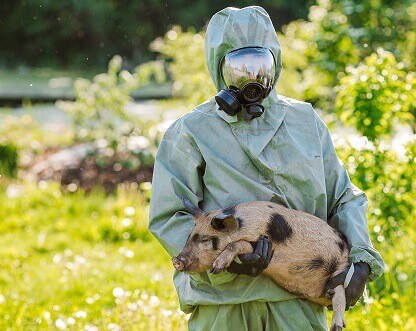 A report by European Supermarket Magazing (ESM) finds that the African swine flu epidemic in China and the changing consumer preference towards plantbased proteins could completely reshape European farming over the coming decade, with fluctuating pork prices and higher cultivation of plants such as pulses and soybeans.

African swine fever (ASF) has been affecting China since last year, causing a rise in Chinese pork imports and an increase prices. In the report released this Tuesday, the European Commission said that exports of pork products from the EU to China Union could surpass 4 million tonnes in 2022 compared to 2.7 million last year. However it noted that it is at present unclear as to whether pork exporters in Europe would stay clear of the disease, since around ten EU countries including Bulgaria and Romania are already affected.

The report said that consumption of poultry is steadily increasing and is projected to continue its growth for the same reasons that plant proteins are also rising – consumer awareness about health, environment and animal suffering. It further states that the area of agricultural land sown with pulses was forecast to increase by a million hectares by 2030, and soybean crops will cover 0.3 million hectares more than this year, and rapeseed will remain the most prolific oilseed crop.