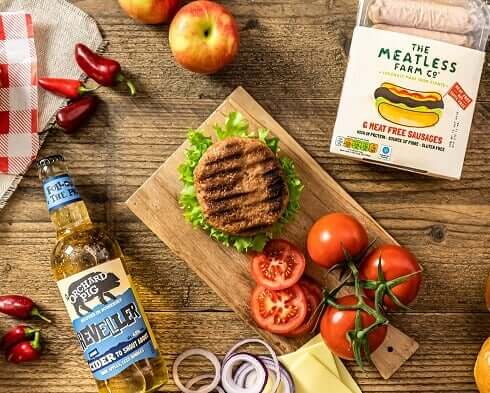 According to a recent survey conducted by an Angus Reid Forum online poll, The Meatless Farm Co. found that 77% of Canadian consumers understand the harmful environmental impact of eating red meat. Also, 74% of Canadians believe it is essential to reduce their carbon footprint.

While the majority of Canadians understand the negative impact created by the meat industry, only a small percentage are improving their impact on the planet. Of the group polled, only 38% have reduced their meat consumption, 41% drive to work alone at least three days a week, 32% still purchase coffee in disposable cups at least twice a week, and 25% use single-use plastic weekly when shopping.

Consumer concerns about eating less meat include 58% citing concerns about the high level of processing, 43% concerned about taste, and 39% worried about the price compared to animal-based meat. These concerns were most significant in the prairies, with 67% of Saskatchewan residents and 68% of Manitobans hesitating to make the switch.

“Across geographies, there is misinformation about the ingredient makeup and health impact of plant-based foods that are clouding consumers’ perceptions of the products,” said Kasper Vesth, General Manager, North America, The Meatless Farm. “We recognized this disconnect and saw an opportunity to provide education on the environmental benefits of shifting to a more flexitarian lifestyle, by comparing red meat to plant-based across everything from production and energy use to transportation and packaging. We hope this will help consumers to make more informed choices when considering plant-based foods in the future.”

The survey also revealed that 43% of Canadians would be more likely to adopt a flexitarian lifestyle if they understood the environmental impact of eating plant-based food.

The Meatless Farm also published plant-based trends for 2020. They include one-third of consumers resolved to reduce meat consumption and 36% planning to buy more plant-based products this year. The patterns are primarily driven by individuals aged 18 to 24, with over half expecting to increase consumption of plant-based items, compared to other Canadians aged 35-54, and over 55.

“We understand Canadians’ hesitations to make a significant change to their diets as it’s always important to monitor what we’re putting into our body and the resulting impact on our health,” continued Vesth. “Our expectation is not for all Canadians to switch to an entirely meat-free diet, but instead to swap one or two meat meals per week for plant-based – a change that our research showed Canadians would be willing to consider if there were evidence of health and environmental benefits. We hope that the Meatless Consumption Target helps to provide this education and support Canadians looking to make a lifestyle change.”

Canadians interested in seeing the benefits of swapping their favorite meat-based meal to a plant-based each week can calculate the positive impact on the environment Meatless Farm’s Consumption Target.

While not all Canadians can agree on committing to a plant-based diet, there is hope for the next generation, according to the survey. When it comes to food specifically:

“Healthy eating habits begin at home. With the introduction of plant-based food items, parents have a unique opportunity to educate children on recipe modifications to make healthier choices without compromising on taste,” said Vesth. “The earth is at risk, and it’s never been more important for individuals across the globe to begin changing habits to make a positive, long-lasting impact on our environment. We believe in making a difference without tasting the difference and look forward to seeing the positive environmental impact as Canadians begin to adopt a more flexitarian lifestyle.”