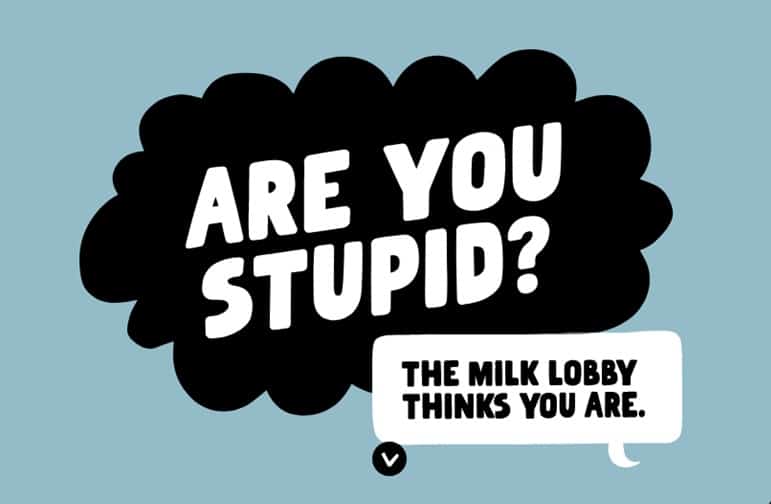 Climate-hostile Amendment 171, which aims to censor plant-based alternatives to dairy products, will be debated from Wednesday 21 April. If the Amendment is passed, phrases such as “creamy” or “like milk” would be banned on packaging, similar packaging such as cartons will be forbidden, and it would even be illegal to refer to scientific data showing that a dairy alternative is more climate friendly.

Tomorrow, the European Parliament, Commission and Council of Ministers begin trilogue negotiation, where topics under Common Organisation of the Markets in Agricultural Products (CMO) will be considered. The Amendment was never subject to the normal process of public scrutiny via an impact assessment or open consultation.

In the lead up to discussions, a public petition opposing the move, spearheaded by ProVeg, Upfield and Oatly and supported by 96 other organisations, has been signed by over 435,000 consumers. It has also been supported by 21 NGO’s including WWF and Greenpeace.

Here is what could be banned for plant-based foods:

Vegan dairy companies will be prohibited from referring to any dairy products or even using their descriptive terms. Incredibly, purely factual descriptions such as “contains no milk” or “suitable for people with lactose intolerance” would also be banned, as would images of milk alternatives used as milk substitutes, for example, poured onto cereal or coffee. This has provoked outrage from environmental organisations and, obviously, from plant-based alternative companies.

In the lead-up to the decision, the opposition of amendment 171 has received the following support.

“The science is clear. The consumption of cow’s dairy is not necessary for human health and can cause harm. For men, dairy consumption increases the risk of prostate cancer. When you then take into account that up to 70% of people globally are lactose intolerant and the harm that dairy farming causes to the environment and animals, we have a duty as healthcare professionals to advise our patients accordingly. I tell my patients that dairy is not essential in the diet and there are better choices they can make.”Dr Shireen Kassam, Haematologist, King’s College Hospital, London.