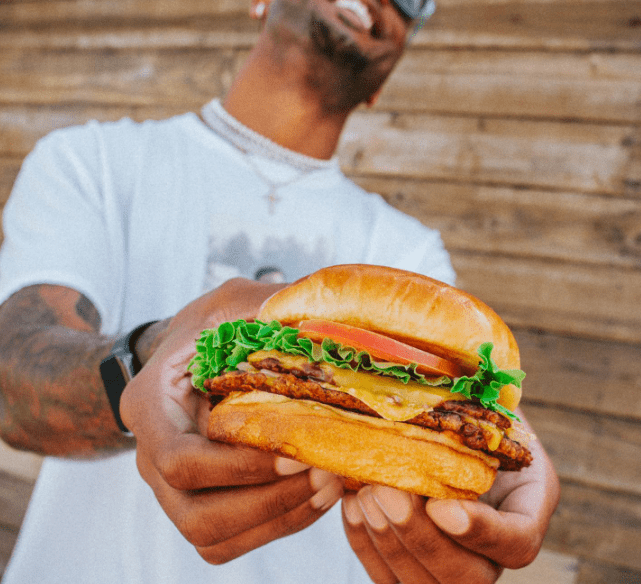 Hart is also a notable investor in Beyond Meat who has starred in several of the plant protein brand’s commercials.

The new Hart House menu features a classic line-up of plant-forward burg’rs, chick’n sandwiches, salads, nuggets, fries, tots and milkshakes. As part of its mission to provide the community with healthier options, all of the items are free of hormones, artificial colors, preservatives, and high fructose corn syrup. In addition to restaurants, Hart House will also operate a catering service and local food trucks.

To develop the curated menu, Hart House’s creators called on Chef Michael Salem, the former head of culinary innovation at Burger King, who was also responsible for helping to launch the Impossible Whopper. “It’s one thing when you hear someone’s idea and you get excited about working with a celebrity,” Salem commented. “It’s another thing when you hear about somebody’s idea and it actually really resonates with your life’s work and that’s what happened to me.”

He added, “I’ve seen too many animals die. I’ve been too guilty about the food I’ve been serving the community, making people really unhealthy for a long time, and I just don’t think it’s necessary. I think this is really the future of fast food, so that’s why I took the gig.”

As Hart wrote to millions of fans on Instagram, “I am thrilled to announce that I have collaborated with an all-star team of partners and industry leaders to create an industry-changing restaurant called Hart House. This thing is going to be huge! We’re going to serve delicious, sustainable food that delivers can’t-believe-it-flavor in every bite. We’ll be opening our first few locations in the LA area, but we will be expanding quickly.”