vegconomist has been supporting a vegan meals project for refugees in the Ukrainian city of Lviv since April 2022 (scroll down to read more about the project). As the disgraceful invasion of Ukraine continues, we will also continue to support the project.

As of September 2022, with the help of our readers and a $10,000 matching grant from the Karuna Foundation (which matches each reader’s contribution), we were able to send more than €20.000 to Lviv Vegan Kitchen.

If you would like to support Lviv Vegan Kitchen, please donate:

Or via bank transfer to a special vegconomist account, the donation will be given to the project Lviv Vegan Kitchen without any deductions. 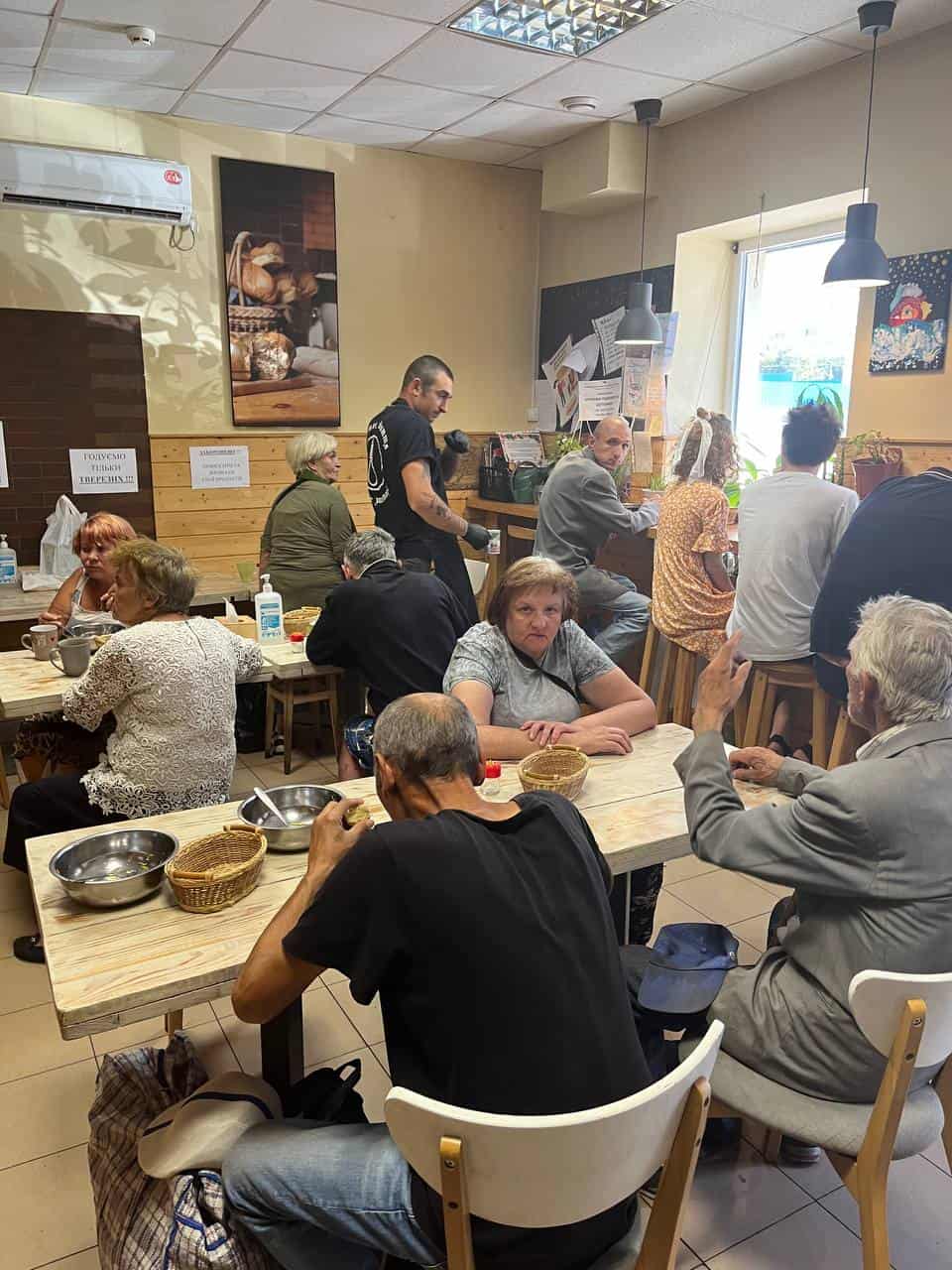 The situation of the vegconomist-supported food project is coming to a head, please keep donating

The situation in Lviv is getting more and more dramatic. Other food kitchens in the city have closed, so now the rush at the Lviv vegan kitchen is getting stronger. The daily ration is distributed in a short time. In addition, the local volunteer team packs vegan food packages for up to 10 people, which are sent to soldiers and civilians in all parts of Ukraine. In total, more than 800 packages have already been sent. Lviv vegan kitchen is now an officially registered NGO and publishes financial transactions, thus offering full transparency.

In Lviv, there are many thousands of stranded refugees who lack practically everything and some of whom have lived through terrible war situations. They have lost relatives, friends, and neighbors, their houses and flats have been bombed to rubble, and many are very traumatised.

In view of this situation, more support is needed, especially as there is no end to the war in sight.

We, therefore, urge you to continue to donate.

We are Marta and Oksana Khomiak (sisters), vegan activists from Lviv in Ukraine.

Lviv Vegan Kitchen is a volunteer project based in the Vega Room restaurant. We serve free vegan meals for refugees, feeding almost 200 people daily. Also, we provide humanitarian aid to vegans all over Ukraine, to the armed forces and vegan food to refugee shelters. 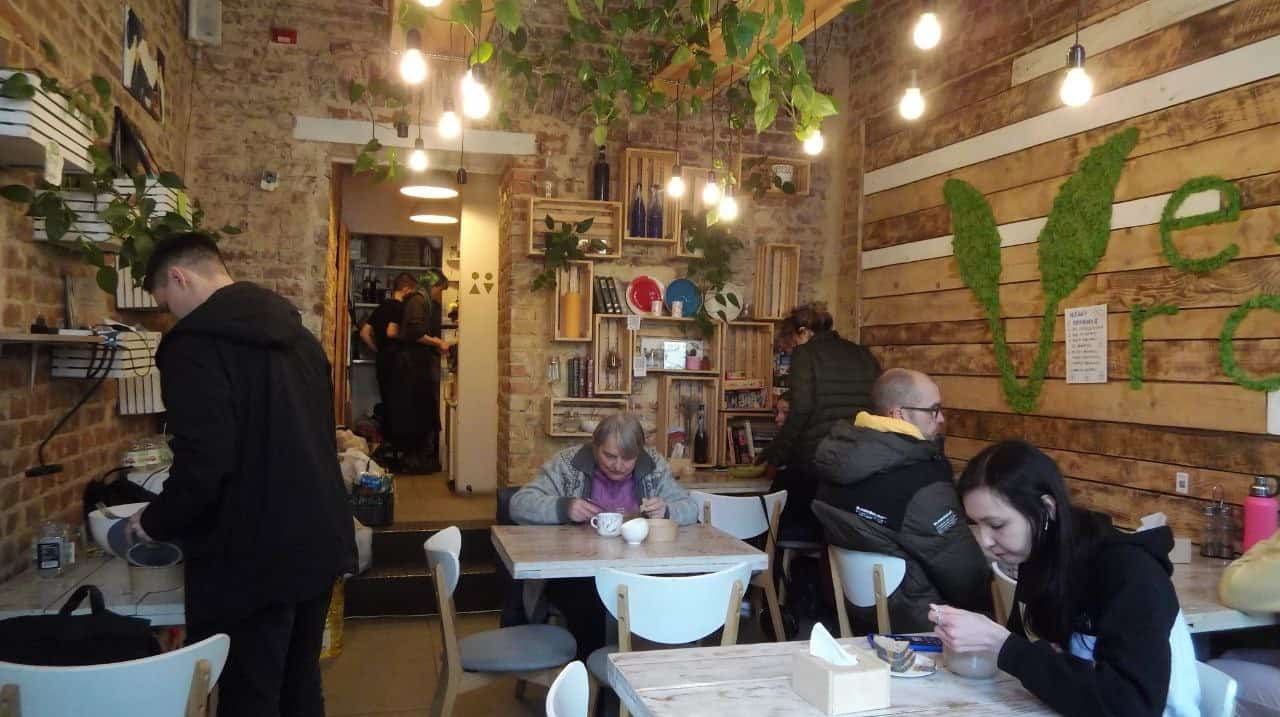 From the first day of war we’ve been volunteering – first in the kitchen which makes dry soups for UAF, then at the railway station (as thousands of people started to flee from Kyiv and East of Ukraine). At the station, we noticed that there’s a lot of vegans among volunteers and refugees, but there are no food options for them. The next morning after our night shift at the railway station, the idea of a vegan kitchen appeared. First, we thought about cooking at home, but our friends from Vega Room offered their place and equipment. So on March 2nd, we launched our project.

Now we have a team of 15+ volunteers, drivers, and couriers. Also, people support us from abroad – both with donations and supplies. There is a problem now to buy nutritious meat substitutes in Ukraine because the largest producers are located in the East of our country, some of them were bombed, others blocked. So our friends in Poznań (Poland) are collecting products, which people sent to us from all over the world, and send cars to us every week. Also, we’ve got direct help from Croatia and Italy. 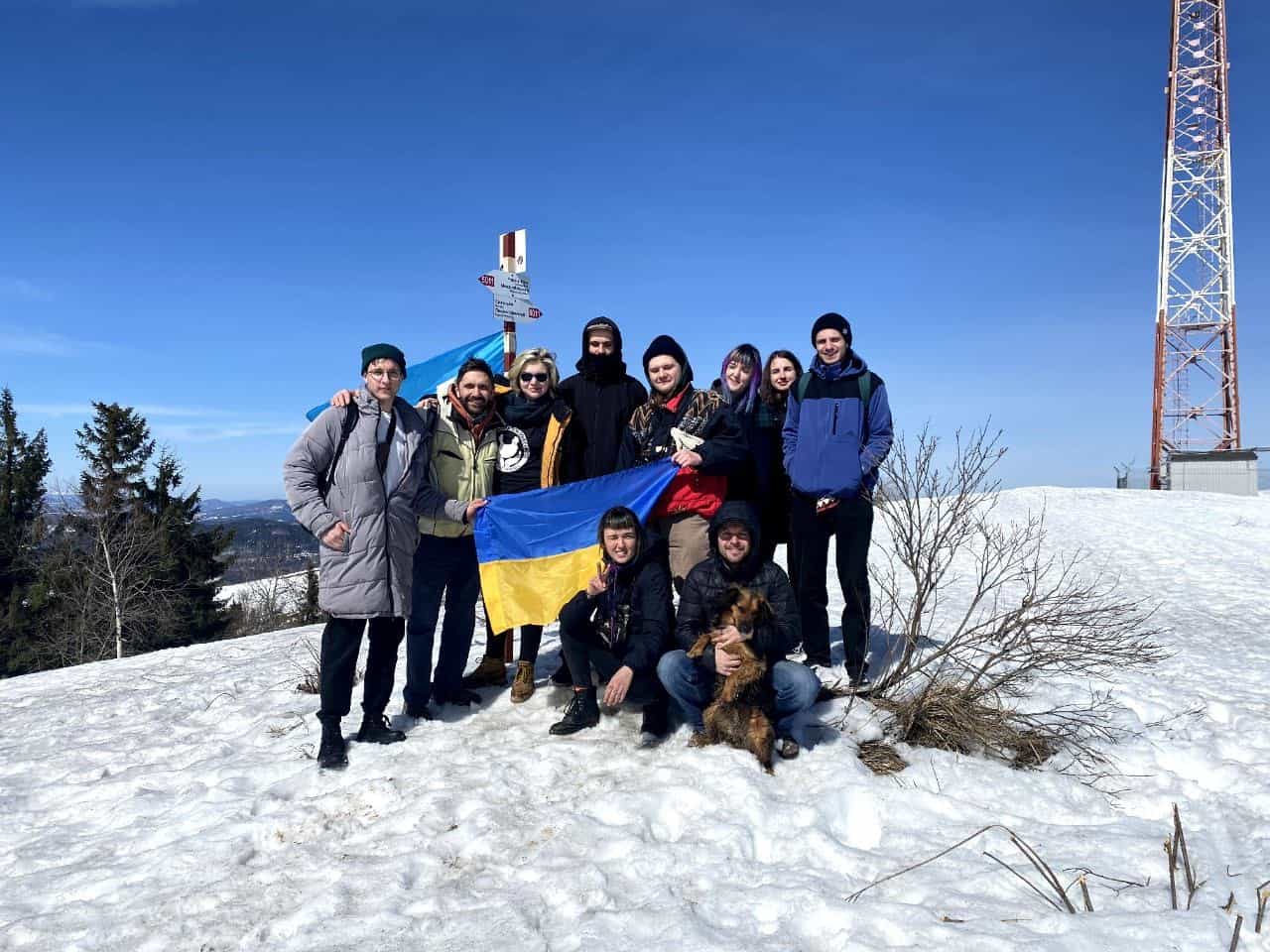 We receive great feedback from refugees and the vegan community. We are lucky to have a lovely place in the center of Lviv, where people can feel like themselves, like before the war. People say visiting our kitchen is the first time they smiled since the war started. But more and more people are coming each day, and we are going to move to a larger kitchen because this week we have queues outside almost every day.