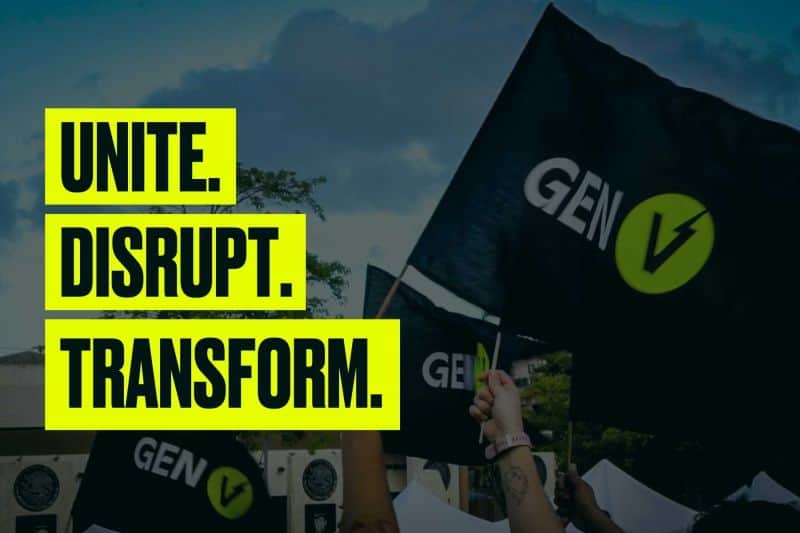 International vegan charity Million Dollar Vegan has announced it will be changing its name to Generation Vegan, or GenV, with the new name intended to better reflect the organisation’s direction. The newly branded GenV sets out with the mantra, “Unite, Disrupt, Transform”.

The non-profit was initially launched by Veganuary co-founder Matthew Glover as a campaign offering to donate $1 million to charity if a notable figure — such as the Pope or Donald Trump — tried a vegan diet. When the pandemic hit, the charity shifted its focus, instead committing to donating a million vegan meals to communities in need. After giving away thousands of kilos of food, the charity reached its goal last month.

In the wake of the pandemic, GenV decided to continue with this broader focus and felt that the name Million Dollar Vegan no longer fully represented its objectives. Following the rebrand, the organisation will continue its food justice work and significantly increase its production of social media films that will “expose the environmental, health, and ethical impacts of the animal agriculture industry”.

However, the organisation will not be abandoning its original million-dollar campaigns — another prominent figure will soon be challenged to try a vegan diet in exchange for a charitable donation.

“The future of nutrition is plant-based. No question about it. It is the only way we can eat that is good for us, can feed the entire human population, will protect the environment from devastating pollution incidents, deforestation, and climate change, frees up land to allow nature to thrive, and significantly decreases the twin threats of antibiotic-resistant superbugs and global pandemics,” GenV CEO Naomi Hallum told vegconomist.