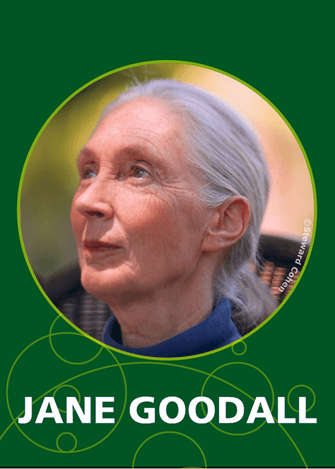 Dr Jane Goodall, legendary anthropologist and UN Messenger of Peace, has spoken out during the online conference “Pandemics, Wildlife and Intensive Animal Farming“, where she warned EU leaders that “if we don’t start doing things differently, we’re finished.”

The online webinar was created by Compassion in World Farming in response to how human interference with animals is causing pandemics and that the climate crisis is a result of animal agriculture.

The webinar on June 2nd 2020 (which can be viewed at this link) was attended by nearly 1,300 participants and featured introductions from the European Commissioner for Health and Food Safety, Stella Kyriakides and the European Commissioner for Agriculture, Janusz Wojciechowski. It went on to include seven other MEPs from key political groups from seven different countries.

The event highlighted that recent pandemics, COVID-19 being the latest, and the climate crisis are a result of human interference. Zoonotic diseases and antimicrobial resistance are enabled due to intensive animal farming, wildlife trade and trafficking and that animal farming is also a major driver for mass deforestation and pollution.

Compassion in World Farming is an organisation campaigning to end all factory farming practices. It was set up by a British farmer over 50 years ago in response to the on-going intensification of farming. Today, it has over one million supporters and representation in eleven European countries, the US, China and South Africa.

Dr. Goodall has dedicated her life to studying animals and speaking out against human interference in the natural world, she stated this as part of her speech: “We have brought this on ourselves. Our disrespect of wild animals and our disrespect of farmed animals has led to these environments where diseases can cross the species barrier from an animal to a human being.”

She went on to warn: “If we just carry on with business as usual, that will actually lead to the end of our species’ tenure on planet Earth.”