It has been announced that a new EU project to develop new alternative proteins will begin in January 2020. Reportedly, the initiative has been launched in response to urgent challenges “faced by the planet, including climate change and global food security.”

A range of innovative new-protein foods made from plants, fungi, byproducts, and residues will soon emerge from Smart Protein, a new Horizon 2020 project funded by the European Commission. The primary aim of the project, as described in a press release, is to “help build a future-proof protein supply by creating sustainable and nutritious alternative proteins.” 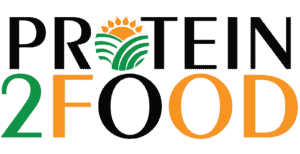 Smart Protein has a total budget of €9.6 million, €8.2 million from the European Commission, and will run for four years from 1 January 2020. The project is based on the key findings from the previous Horizon 2020 project, PROTEIN2FOOD. Both projects emerged from The 2030 Agenda for Sustainable Development, adopted by all United Nations Member States, which established judicial obligations to rethink our food systems.

The first products are said to include plant-based meats, fish, seafood, cheese, infant formula, and other dairy products, as well as baked goods, and will go to market in or around 2025. New plantbased products will be developed from fava beans, lentils, chickpeas, and quinoa, with investigations into cost-effective protein extraction, protein chemistry, polymeric structure, physicochemical behaviour, and protein-protein interaction in order to maximise the functionality of these proteins in food and drinks. 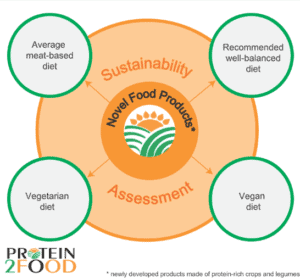 Emanuele Zannini, Senior Research Officer with the University of Cork and the Lead Coordinator of Smart Protein, said: “With the Smart Protein project, we are reconsidering the entire protein value chain from production to consumption in terms of both productive and environmental performance.  We are also targeting soil-health restoration through organic regenerative agriculture practices that are able to shift from carbon-source to carbon-sink agriculture, which is more resilient to the effects of climate change and helps farmers’ long-term financial futures.”

Smart Protein’s approach and strategy will focus on byproducts and residues, ingredients that are usually used for animal feed. Microbial biomass proteins will be created from edible fungi by up-cycling byproducts from pasta (pasta residues), bread (bread crusts), and beer (spent yeast and malting rootlets).