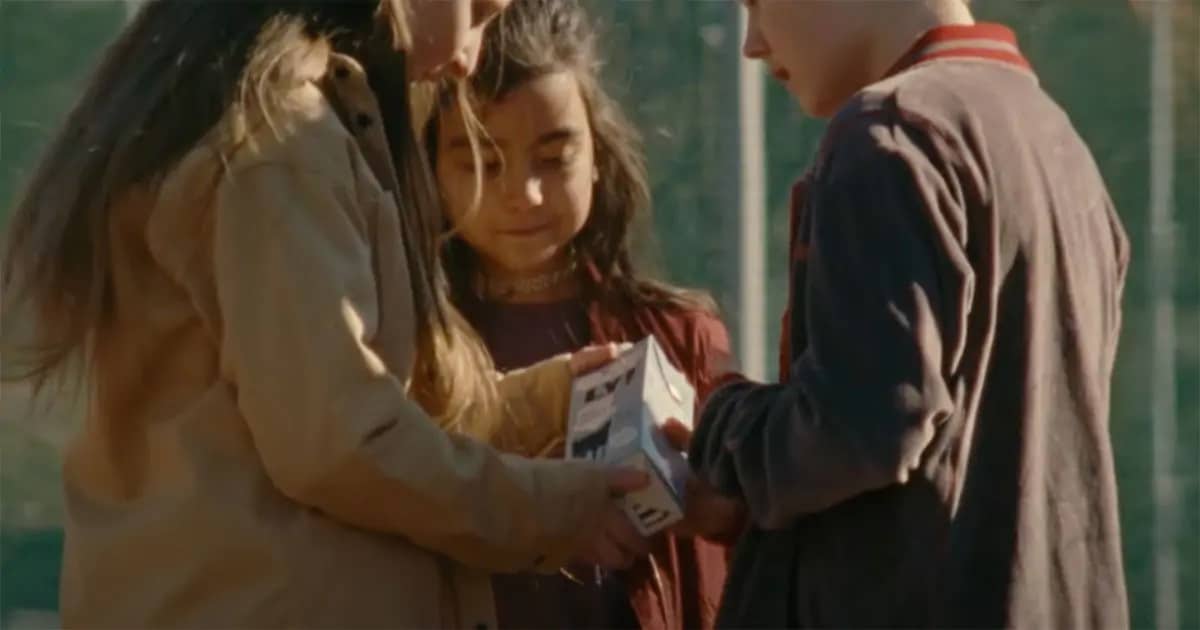 Oatly has launched an ad campaign along with a public survey with the aim of rallying support at European level for the inclusion of plant-based drinks in the European Union’s school fruit, vegetables and milk programme.

“The future of our children and grandchildren depends on the choices we make today,” Oatly

The ads are running in Sweden, Finland, Germany, Austria, The Netherlands, Belgium and Spain, across digital and socials, with the video portraying children smuggling cartons of oat milk into schools with the caption: “Should kids have to take it into their own hands? Include plant-based milk in the school milk scheme!”

The campaign seeks to harness public support for the definitive inclusion of plant-based alternatives in the EU school scheme. 92% of respondents in the survey agreed that, from a more sustainable perspective, it would be advisable for schools to serve more plant-based foods and drinks to children. 76% think that introducing children to more plant-based food at school could lay the foundations for a sustainable lifestyle.

Furthermore, 81% agree that children on special diets or with different dietary requirements would feel more included if plant-based drinks were as available at school as cow’s milk. Finally, 91% think that, when planning the meals served to children in schools or daycare centres, they would feel more included if vegetable drinks were equally available as cow’s milk.

Targets aligned with the EU

The EU has developed the ‘Farm to Fork Strategy’ as part of the European Green Pact, aiming to make European food systems fair, healthy and environmentally friendly. However, plant-based drinks are excluded at present.

The EU school programme supports the provision of fruit, vegetables and dairy products to millions of children in the EU and Spain. Approximately 160 million litres of cow’s milk are subsidised each year under the EU school scheme. The lack of plant-based alternatives means restricting the choices of children who cannot or do not want to drink cow’s milk for medical, ethical, environmental, religious, etc. reasons.

“The future of our children and grandchildren depends on the choices we make today. The IPCC recognises that more policies are needed to support a shift towards plant-based diets to address climate change. We cannot continue with subsidies that promote animal-based diets and do not recognise the needs of all children. The climate crisis continues to grow and we cannot wait any longer, we must act now. That’s why we are urging legislators to include plant-based drinks in the school milk scheme,” says Cecilia McAleavey, director of public affairs and sustainable food at Oatly.

The public consultation on the EU school menu is open until 28 July. To show EU public support for the inclusion of plant-based drinks in this proposal, ProVeg International, with the support of Oatly and other plant-based organisations and companies, has launched a petition on www.schoolmilk.org