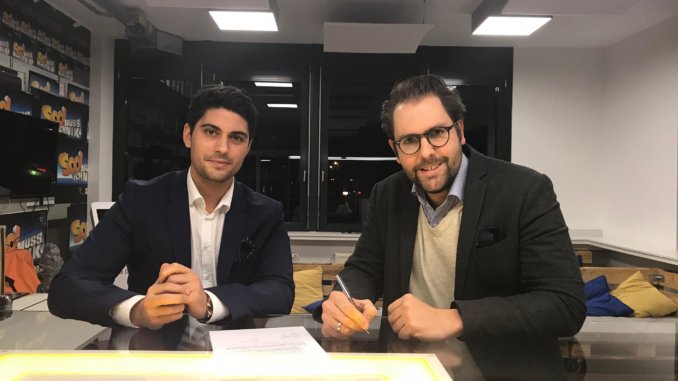 The new association is dedicated to:

“Alternative protein sources have the potential to change the food industry in the long term and are already very successful on international markets,” explains co-founder Fabian Ziemßen. “That is why we should continue to advance this future topic, especially in Germany, a strong location for innovation, in order to assume a pioneering role in the market. While Germany is lagging behind in other future technologies such as e-mobility, we have the chance to play a pioneering role worldwide.”

The movement was initiated by startups, companies and food experts. Following the motto “We create clarity”, 30 players have joined forces under the umbrella of the association to date, including market leaders, start-ups, young scientists and international trading companies.

Fabio Ziemßen (33) from Düsseldorf, and Sebastian Biedermann (32) from Hanover, form the board of the association. They already had the idea to found the association a year ago. “We recognized that enterprises, which concern themselves with alternative food such as products on vegetable basis, simply a political voice are missing , explain Biedermann the origin of the idea. “Young founders in particular have their hands full with their core business. There is hardly any time left to discuss topics such as political representation of interests and the writing of long grant applications. Resources for research and development are also often lacking. However, these companies in particular are important for progress in the entire food industry and an important factor for Germany as a location for the future. They think outside the box and make niche products socially acceptable. They are the drivers of innovation”.

Ziemssen adds: “Risk capital and investment are also comparatively underdeveloped in Germany. It is not easy to realise good product ideas in Germany if there is little or no capital available.” Ziemssen adds. According to its position paper, the association, which has been officially registered in the Register of Associations of the Düsseldorf Local Court since March, wants to stand up for these players and possible projects.

A further driver of the association’s foundation is the goal of transparency. Hardly anyone is able to see through the extensive process chains from the cultivation of raw materials to supermarket shelves. At the same time, the complexity is necessary to guarantee a complete supply and to meet the high demand. Within this area of tension, public discussions on sensitive issues such as ecology, animal welfare and health are often one-dimensional, driven by individual interests and emotionally charged. As a result, this often leads to uncertainty among consumers.

From the point of view of the association founders, the appropriate reaction to this situation is not the one-sided presentation of facts, but the provision of transparent and comprehensible information. “With our experts, we compile objective information on aspects such as production ecology, ethics and profitability. Our aim is to translate this information into an understandable language for the public,” says Sebastian Biedermann, describing the association’s project.

This is not a revolution against animal products. According to the position paper, the focus is on open dialogue between all stakeholders.