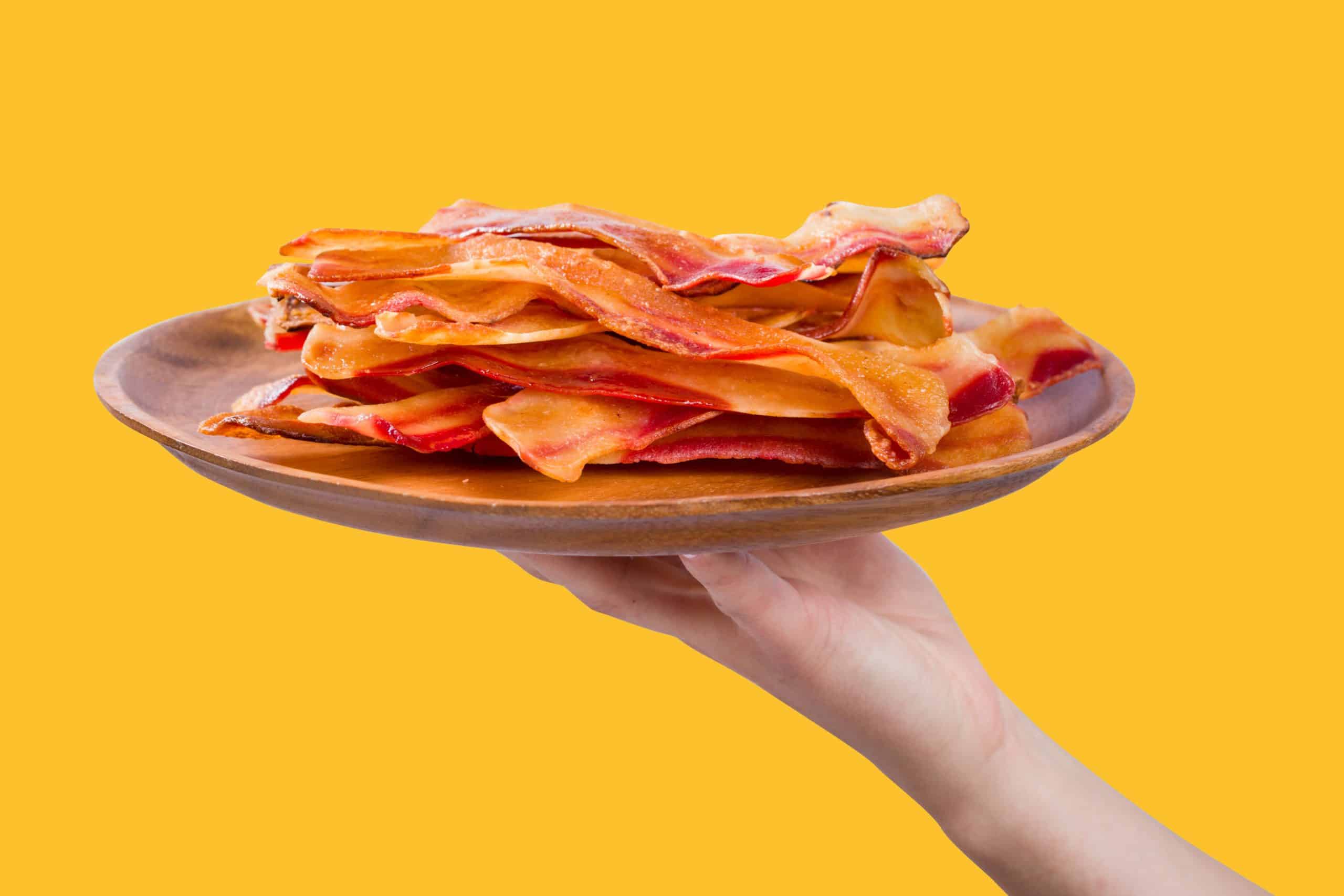 When fully implemented on January 1, 2022, Proposition 12 will affect close to one million pigs and 40 million hens, giving them slightly more space in their cages. At present, pigs are trapped in cages that prevent them from turning around for practically their whole lives. Proposition 12 will allow the animals to at least turn around, though Big Meat lobbies are fighting hard to block the move.

One outcome would be the rise of bacon prices as the costs of adapting farms to the new laws will be passed onto the consumer. With plant-based pork products already seriously disrupting the market – sales of plant-based bacon are up 25%, double the rate of animal-based bacon – it could be the perfect opportunity for a plant-based explosion in the category.

“Animal welfare has been a serious issue in the United States food system for decades, Hooray Foods supports the implementation of Proposition 12, as it helps our state of California move in a positive direction to support the wellbeing of animals. However, it doesn’t address the continued environmental consequences from pork and meat production,” explains Sri Artham, founder of Hooray Foods, the producer of vegan bacon that sizzles, smells, and tastes like animal-based.

“As a mission-driven company, one of our goals at Hooray Foods is to help reduce the environmental impact of animals in the food system. Prop 12 does shine a light on this issue in terms of highlighting the issues of pork production and the harmful conditions that pigs have to live in. We hope that consumers can consider both the long and short-term effects of eating pork, as pigs are intelligent, social, and curious animals. Having 24 square feet of space per pig being implemented from Prop 12 is better than the industry standard of 16 to 18 square feet, but we want these animals to have a full free life,” Artham continued.

With the plant-based bacon market as a whole doubling in 2020 to $267 million and companies like Hooray already closing $2 million in seed financing to scale production to meet demand from national retail chains, it seems like Proposition 12 could be a double-edged sword for Big Meat.

“Additionally, there is the potential rise in price of pork and bacon that will occur in January 2022 if Prop 12 passes. We hope that consumers will consider trying bacon alternatives, such as our plant-based bacon, and can be used in similar dishes like BLTs, all the while reducing harm to the environment. The more we can start to replace our meat consumption with alternatives, the more animals we can save, and the less carbon emissions we release.”