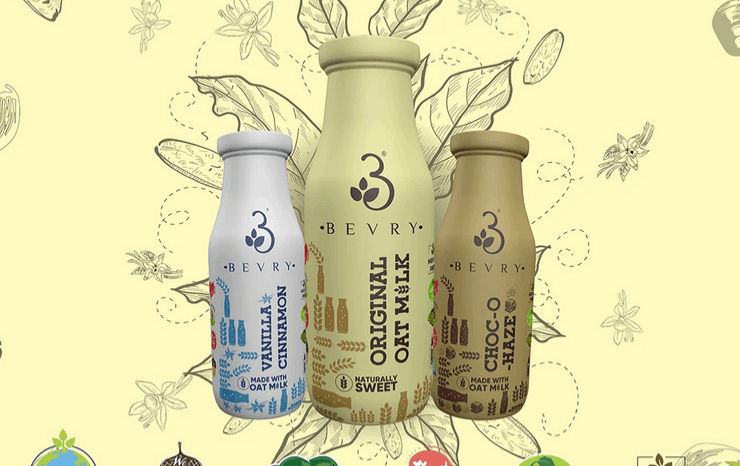 Some plant milks, such as soy and rice, have been available in India for a while. But according to Bevry co-founder Pradeep Sanker, oat milk was absent from supermarket shelves — until recently.

Taking inspiration from globally successful brand Oatly, Sanker and two others founded Bevry in 2019. The startup launched its first products last November after ten months of research and development. It claims to be the first Indian oat milk brand.

Bevry’s milk alternative is made with oats, water, and sunflower oil, with added vitamins and minerals. Sanker says it was specifically developed to cater to Indian consumers, who prefer thick, creamy milks. While some imported oat milk brands are now available in India, they often taste watery to the Indian palate.

The milks are sold in recyclable glass bottles, priced at 400 rupees for four 200ml bottles.

Plant-based eating is soaring in India, with 63% of people saying they would be willing to replace meat with plant-based options. As the trend continues to rise, huge numbers of new vegan options are being launched.

Currently, Bevry’s oat drinks are only available online and in some hospitals, but they will soon be launching at the supermarket Nature’s Basket. The brand eventually hopes to expand worldwide.

“Everybody needs to have access to products like this which is nutritionally good, affordable, and better for the environment,” Sanker told Food Navigator Asia.