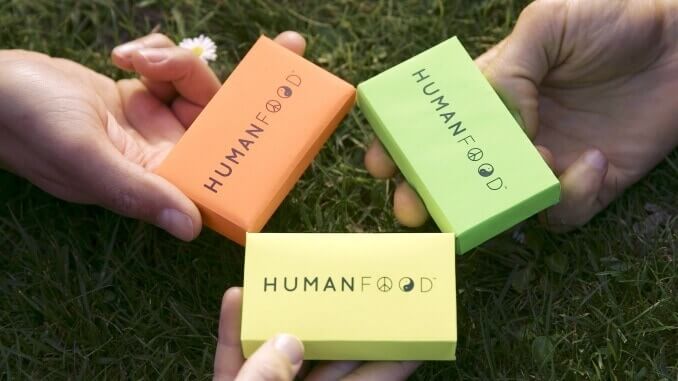 The vegan organic meal replacement bar Human Food has cracked its crowdfunding target of £80,000 and is expected to be available in three varieties starting this autumn.

Described in the crowdfunding video as a “health food store wrapped in red, green, or yellow paper,” the meal replacement bar Human Food is said to be more nutritious than other similar bars.

The bars will be available in red, yellow and green varieties and differ in their composition as well as their packaging.

The red bar contains cranberries and goji berries as special ingredients, whilst the yellow contains turmeric and cumin and the green contains four grams of spirulina (a microalgae).

Due to their select organic ingredients, the bars contain no gluten or added sugars and have a relatively neutral taste “between sweet and savoury”, according to Wright.

All Human Food bars can be eaten as they are, mixed with fruits (e.g. in porridge), or added to a nutritious smoothie.