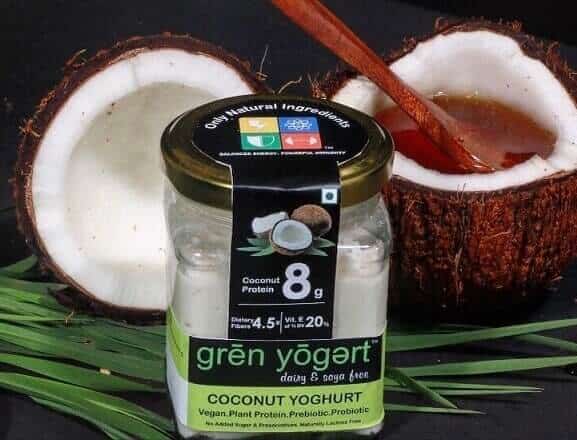 India’s Axia Foods has contacted vegconomist to announce the introduction of what it claims is India’s first ever high protein, probiotic & prebiotic vegan yogurts. The new yogurts are called “grenyogert” and the high protein vegan Smoothies “grenmylk”.

The products are packed in glass jars and not plastic, not only for environmental reasons but also in order to retain their nutritional value.

Founder Jasmin K Shaikh said that her first “products received immense comparison with dairy products. But at the same time these products were loved by fitness enthusiasts, the vegan community, organic food community, Doctors, pregnant women and kids too. We still have a long way to go, slowly, but we believe that one day people will definitely understand the importance of everyday healthy balanced life rather than just consuming healthy alternatives after being clinically diagnosed as the saying goes, prevention is better than cure. We have witnessed change in people’s attitudes after the Covid 19 crisis. Since our entire product range promises health benefits that help boost immunity which is the primary concern in the current situation.”