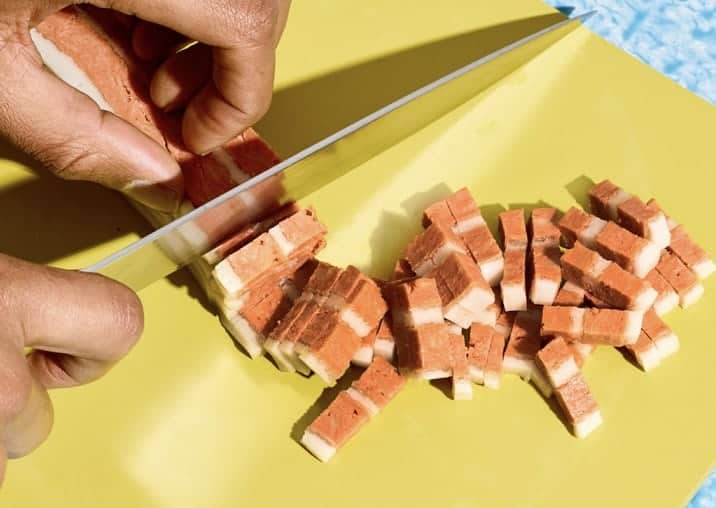 Unilever has named French startup 77 Foods, creator plant-based pork fat product, as the winner of its Innovation Challenge. Unilever aims to reach its target of €1 billion annual sales of plant-based meat and dairy alternatives within the next five to seven years. According to 77 Foods, 92% of participants in a blind test preferred 77 FOODS bacon to pork bacon.

As other startups develop the production of cell-cultured fat, 77 Foods has arrived at the ingredient issue from a plant-based perspective. Fat is often described as the most important sensory ingredient in meat, and 77 Foods’ fat is made using sunflower oil to develop a plant-based adipose tissue which closely resembles that of meat.

Unilever’s Innovation Challenge was set up to look for ingredients and processing technologies to improve taste, texture, sustainability and affordability of plant-based meat and dairy alternatives. Its CEO was recently quoted as saying the rise of plant-based is “Inexorable”, and the multinational’s continued investment shows its willingness to be at the forefront of the plant-based sector.

“77 Foods, in our view, had the strongest consumer-centric pitch, highlighting the importance of the animal fat that gives delicious meat products its flavor when developing plant-based products,” said André Pots, director of product and process science foods and refreshment at Unilever. “They claim to have cracked the savory taste from conventional animal fat, which is not an easy one.”