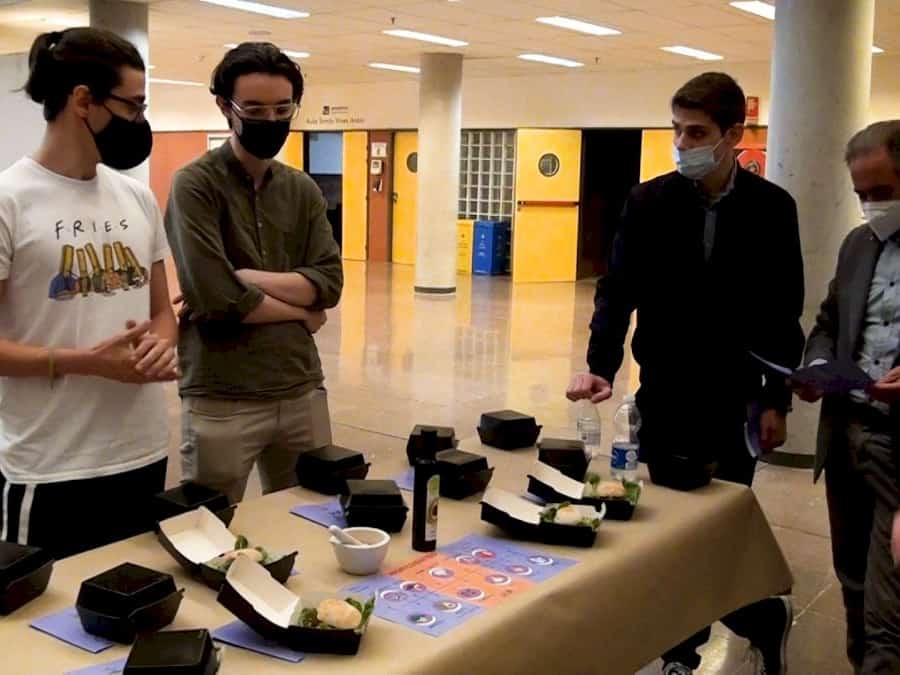 Biotech students at the University of Elche, Spain, have won top prizes for a range of vegan food innovations. Winning the top three spots of the INNOBIOTEC contest were a plant-based burger made from dates, vegan shitake croquetas, and a donut designed to prevent aging.

Student startup Solum took first place with the presentation of its plant-based burger using dates as the integral ingredient, with dates being an abundant local food source. Croqelx, a vegan version of traditional Spanish croquetas, took second place for its use of the shitake mushrooms and its high vitamin D content. In third place was Elderdough, a traditional ‘buñuelo’ donut rich in antioxidants and minerals to help reduce oxidative stress in the body, which causes aging.

Tramousse, a creamy, vegan, spreadable product based on lupine and date, as well as Catimousse, a vegan cream based on cocoa, nuts, and date, also received special mentions.  The foods presented by the students in the INNOBIOTEC contest focused on innovation and sustainability, the use of local raw materials, and the concept of 5S food (Healthy, Safe, Tasty, Sustainable, and Socially Accepted), based on the strategy of Food Development and Innovation, as well as the Sustainable Development Goals of the UN.

In addition, the students’ creations highlighted the healthy properties of local products. This year, the contest joins the campaign of the local government to promote the use of dates from Elche. Specifically, its local variety Confitera; as well as other local raw materials such as nuts or seasonal vegetables. Elche, a small town in southeast Spain, is also home to vegan cheese specialist Mommus, a company that has been recognized for creating one of the best plant-based cheeses in the world by Abillionveg community review.