Swedish food-tech startup The Raging Pig Company has launched a three-step guided hypnosis program aimed at helping people give up meat. According to the company, this is the first program of its kind in the world.

Called “Get Off Meat Hypnosis”, the program features hypnotherapist Anna-Maj Velander. It will be available for free on all major podcast sites, including Spotify and Apple Podcast.

Raging Pig says that giving people the facts and figures about the impact of animal agriculture rarely convinces them to change their habits. The company hopes that the hypnosis will target people’s subconscious beliefs, often created by their upbringing and exposure to marketing.

Meat as a negative behaviour?

Hypnotherapy works by putting the subject into a state of deep relaxation and heightened consciousness. This makes them more suggestible and can be used to break all kinds of negative behavioural patterns.

“People have different reasons or excuses for eating meat, and logical reasoning is often not enough to let go of a lifelong habit. There are so many subconscious connections that need to be broken before we can actually make an informed and conscious decision. With “Get Off Meat Hypnosis” we want to make that process easier, or more fair if you will, without playing the blame game. And luckily, it seems to work,” says Eric Calderon, co-founder of Raging Pig. 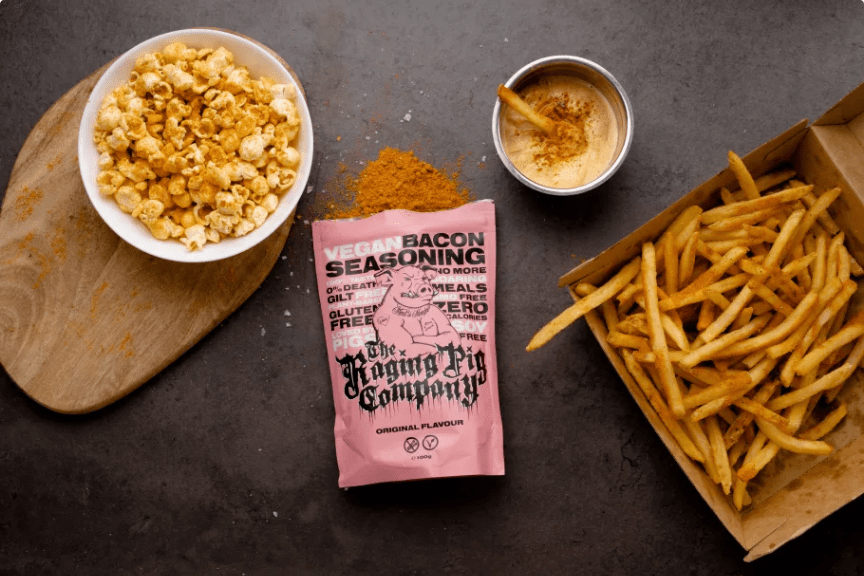 Raging Pig is a startup developing vegan bacon that it claims is identical to the conventional variety in both appearance and taste. It recently completed a successful Kickstarter campaign and will launch its first product, a plant-based bacon seasoning, at the beginning of 2022. The startup aims to combine its business with activism to save the lives of as many pigs as possible.

Last year, Forbes claimed that vegan bacon was “the next plant-based frontier“. A 2019 UK study found that sales of conventional bacon were steadily declining, while in the same year a group of health professionals urged hospitals and clinics to ban the sale of bacon and other processed meats on their premises. As bacon consumption continues to fall, it’s clear that there will be a growing gap in the market for companies such as Raging Pig.