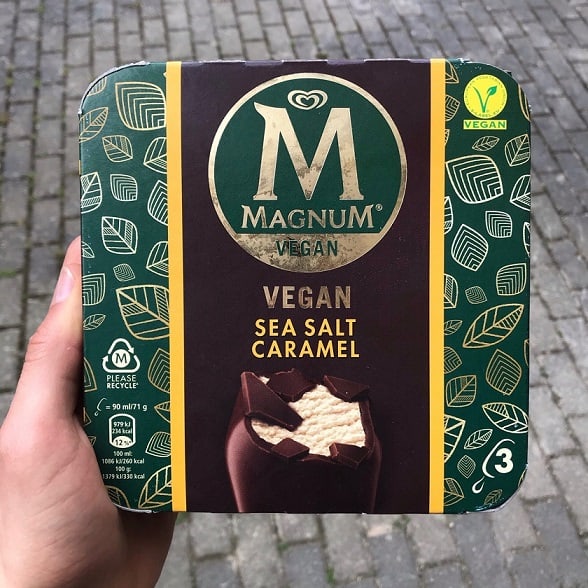 Following its similar report from this May regarding the world’s best frozen vegan food, abillion, the digital platform promoting sustainability and plant-based food, has released the results of its World’s 10 Best Vegan Ice Creams 2021. abillion forecasts the vegan ice cream market is to grow USD $520 million in 2019 to USD $1.2 billion in 2025.

abillion evaluated 9,000 reviews of ice cream products posted in the past 12 months by members in 64 countries, according to consumer ratings, the number of reviews, and consumer sentiment scores.

Magnum’s Dairy Free Almond was awarded 1st place and is the people’s choice for the world’s best vegan ice cream of 2021 for the second year running. NotCo’s ‘Not Icecream Chocolate Chips’ and Ben & Jerry’s ‘Netflix & Chill’d Non-Dairy,’ are this year’s 2nd and 3rd place winners respectively.

Both Magnum and Ben & Jerry’s belong to Unilever, which recently announced that it intends to generate over US$1.2 billion in annual sales through the plant-based sector over the next 5-7 years. In second place NotCo, currently preparing for its IPO with its eyes set on unicorn status, is Latin America’s fastest-growing food company.

“The surge in the popularity of plant-based ice cream products can be attributed to burgeoning consumer interest for dairy-free desserts and the significant improvement in vegan ice cream offerings in terms of accessibility, texture, and flavor. There is a broader shift towards alternative milk, and consumers tend to pick plant-based ice cream over those made from dairy,” said Ravi Gopalan, Head of Data at abillion.