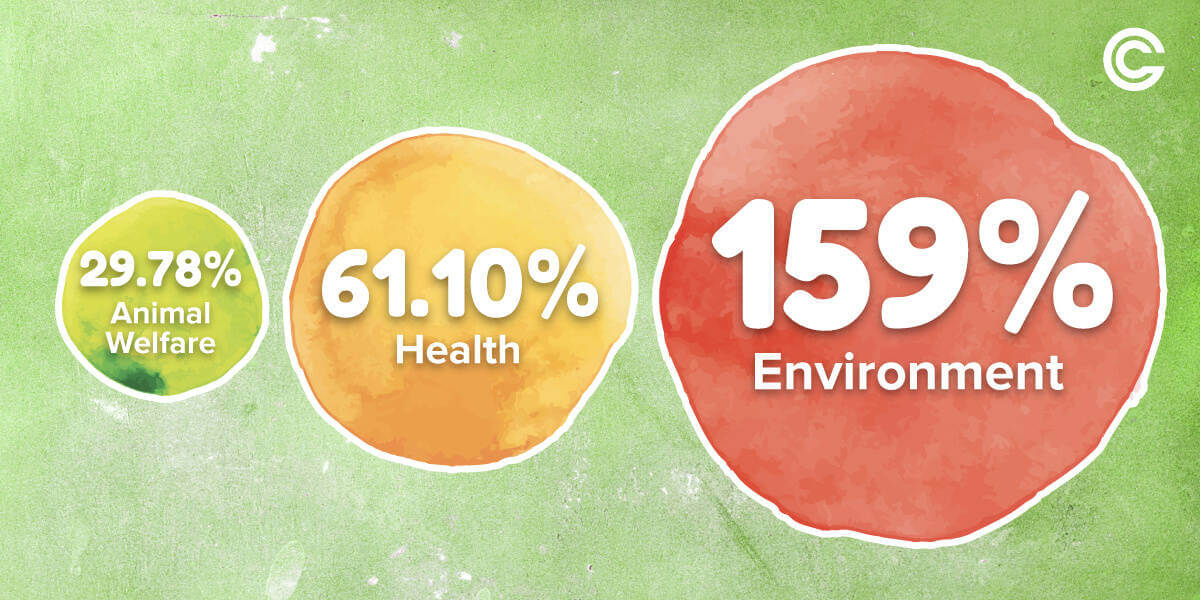 Consumer services provider, Ceuta Group, researched consumer trends from across Europe to reveal how much awareness and interest in veganism is increasing in all of the major European countries over the past five years. It found that across the continent, the public is in fact becoming increasingly interested in veganism, but with a couple of exceptions.

The Netherlands carried out the most searches for information on veganism, with a 645% increase since 2014. Customers in the Netherlands spent €97m on meat replacements in just the first eleven months of 2018, 17% of the country identify themselves as vegetarian or vegan and 25% say they have reduced their overall meat intake.

Greece is in second place with a 590% increase in the amount of consumers interested in veganism since 2014. In third place is Portugal with a 552% increase. The UK is the fourth highest country on the list where there has been a 469% increase in people interested in this lifestyle choice in the last five years.

At the opposite side of the spectrum, Italy is the European country which has shown the least interest, with Italians researching veganism 20% less than they were five years ago. The country has a high number of vegetarians with 10% of Italians saying they do not eat meat, however, dairy and eggs are staples of many Italian foods. Bulgaria also saw a decrease, with -13% of searches into veganism compared to 2014.

In terms of motivation, Ceuta Group’s research reveals that there has been a 159% growth in the number of people exploring the environmental benefits of a plant-based diet. The second most popular motive was health, where there has a 61% increase. Animal welfare was only the third most popular with a 30% growth.

With thanks to Daniel Sarath at Ceuta Group.