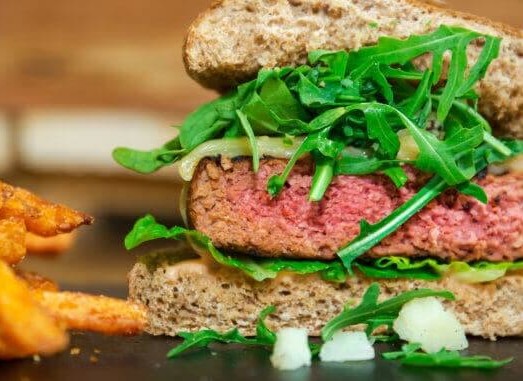 German meat consumption fell by 2kg last year to a new record low of 55kg per capita. The trend has been attributed to the rise of plant-based diets, as well as lower out-of-home consumption due to the pandemic.

Meat with a slaughter weight of 8.3 million tons was produced in Germany in 2021 — around 2.4% less than in the previous year. Per capita consumption decreased by 1.2 kilograms for pork, 600 grams for beef and veal, and 200 grams for poultry compared to 2020.

In response to declining consumption, imports of red meat fell by 6.8%, while poultry meat imports remained constant. Foreign trade in live animals also saw a decline, with imports down a huge 19.6% and exports down 1%.

Meat consumption in Germany has been declining for some time. Research in 2020 found that only 26% of Germans ate meat every day, compared to 34% just five years earlier. The decrease was particularly pronounced among men.

Official figures last year revealed what was then an all-time low in meat consumption of 57.3 kg per capita. However, 2020 saw an increase in poultry consumption, whereas the figures for 2021 show a slight decrease. This means that all types of meat are now in decline in the country. Research also shows that German meat consumption is less than a third of what it was 1978.

“Consumers in Germany are eating an increasingly varied diet. They like to try out new things, and according to our survey, there is a colourful variety on their plates. A balanced diet does not include meat and sausage every day,” said German Federal Minister of Food Julia Klöckner in 2020.