This is part 2 of a series of data about the plant-based market from the Good Food Institute. For data reflecting the PB market in general, please click here for part one.

The data reveals that, of all U.S. households, 11.9% purchase plant-based meat, which equates to approximately 15 million households, representing an increase of 1.4 points or 13% from last year.

This table depicts the growth in the PB meat market since 2017 which demonstrates an increase from $584M to $801M in two years. 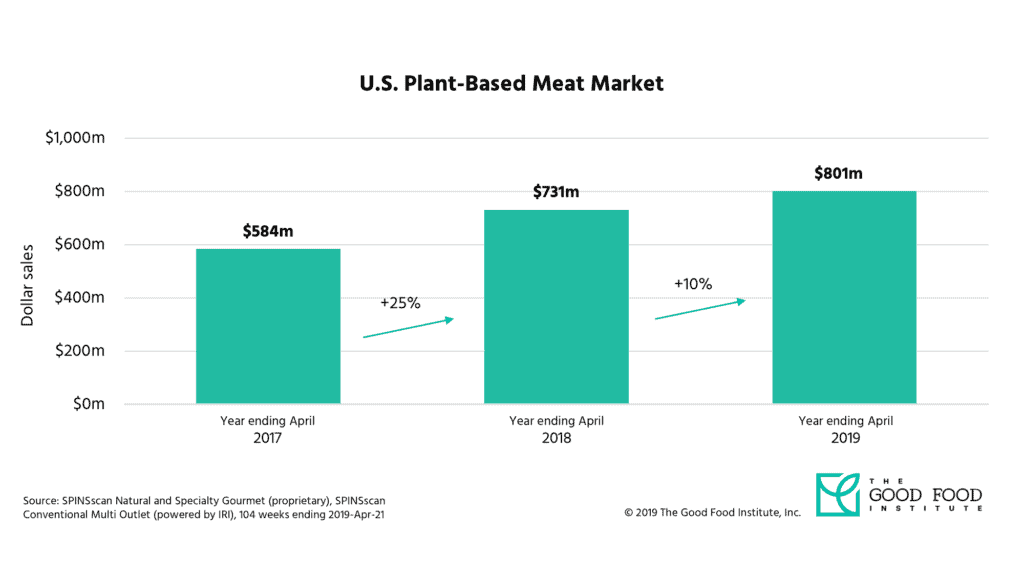 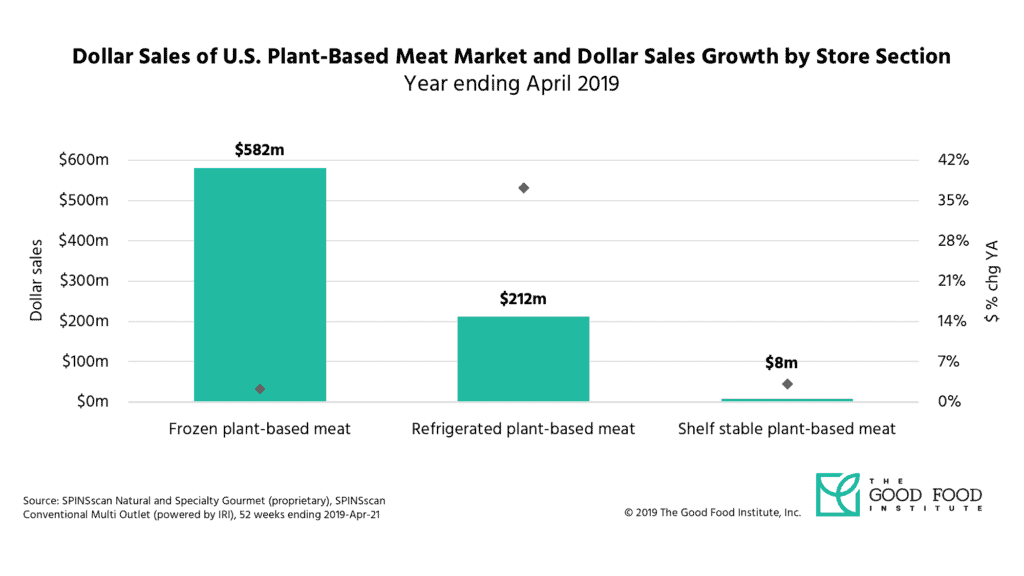 Burgers are the best selling type of PB meat, with sales reaching $241M, followed by nuggets, strips and cutlets,which together reached $143M, and sausages at $124 million.

SPINS found that plant-based seafood accounts for just $9.4 million (1.2%) of total PB meat sales, with around 95% of these sales coming from the frozen section. Plant-based seafood is described in the report as a market white space. Impossible Foods recently revealed its plans to compete in the vegan seafood market, which would likely raise the visibility of this section.

Click on the categories below to view the GFI data on:

With thanks to the GFI.