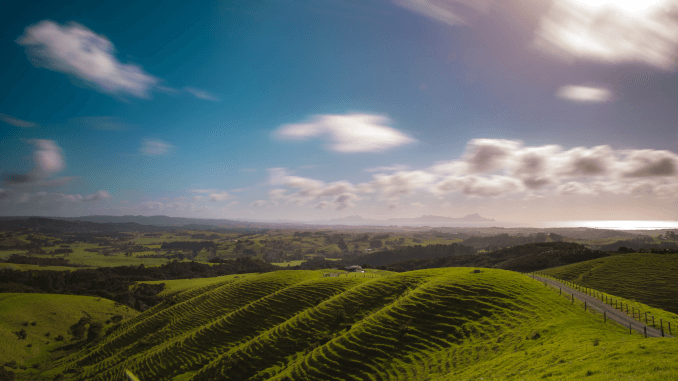 A new study has analysed Google Trends data and found that New Zealand now ranks in the top 5 for veganism worldwide. The study looked at the frequency of vegan-related search terms across all languages to determine where veganism is most popular.

New Zealand was outranked only by the UK, Australia, Israel, and Austria. Despite the fact that the New Zealand economy is driven by animal agriculture, the number of people choosing meat-free diets rose by 15 percent last year.

In 2018, New Zealand actually ranked higher, coming in third place. However, interest in veganism is still increasing in the country — its fall to fifth place is due to a sharp rise in vegan-related searches in Israel and Austria.

Previously, Auckland and Christchurch were the New Zealand cities best known for veganism. While plant-based diets are still popular in these cities, they are also on the rise in Dunedin, Wellington, and Nelson. Vegan food is now twice as popular in New Zealand as it was five years ago.

In consequence, the number of vegan options available in New Zealand is also rising, with new restaurants opening and even large chains like Burger King offering vegan alternatives. Many New Zealand companies are also producing innovative new vegan products such as plant meat from hemp protein.

“It is clear that reducing our consumption of animal products is good for us, good for the environment, and really good for the animals,” Vegan Society NZ spokeswoman Claire Insley told the New Zealand Herald. “For too long we have overconsumed animal proteins to the detriment of the planet and now our children’s future is in jeopardy.”