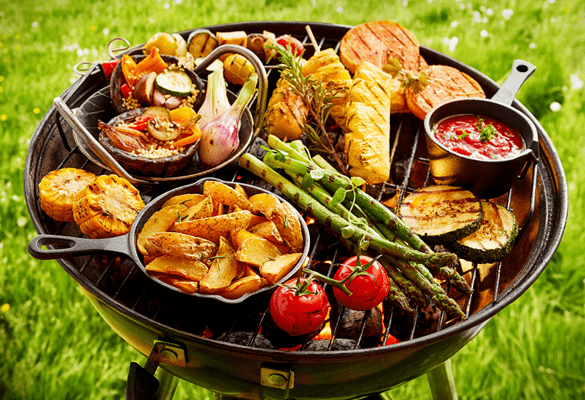 A study conducted by UK motorhome rental company Camptoo has found significant differences in the nutritional profile of vegan barbecue meals compared to conventional ones.

According to the research, vegan barbecue recipes contain an average of 208 calories, whereas conventional options contain 369 — a difference of 43%. The vegan meals in the study contained an average of nine grams of fat (compared to 20 grams for the meat options), and were higher in fibre.

Additionally, they were much quicker to prepare, taking just 22 minutes compared to 53 for meat. However, they were slightly higher in sugar.

Several British brands are now catering to the increasing demand for vegan barbecue options. Violife has recently launched a BBQ Pack containing three different cheese alternatives, while Plant Power introduced Oriental Spare Ribs in April. Back in 2018, UK retailer Argos launched a “vegan barbecue grill”, though it later admitted it had simply rebranded one of its existing grills.

“While there were no major surprises in terms of most popular BBQ food types, there were some very interesting differences in terms of how recipes’ ratings and popularity were affected by factors such as calorie count and protein contents,” said Camptoo’s Head of Wanderlust, Ed Bassett. “Our analysis of vegan recipes also provided intriguing results and it’s nice to see exactly what meat alternatives are being used on barbecues.”