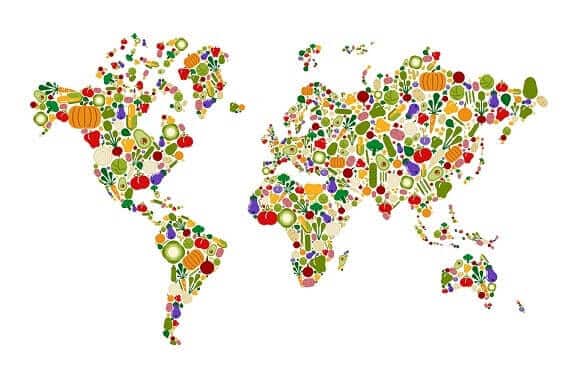 A new study conducted by the University of Oxford has found that a switch towards plant-based diets is vital to avoid the worst impacts of climate change. It follows on from a previous study by the university, which found that eating a vegan diet could reduce our carbon footprint by 73%.

The study, published by the journal Science, found that emissions from the food industry will make it impossible to limit global warming to 1.5 or even 2°C if nothing is changed. According to the researchers, even stopping all fossil fuel emissions completely wouldn’t allow us to meet this target.

While reducing fossil fuel use is very important, radical changes in the food system will be essential to avoid flooding, droughts, extreme weather, rising sea levels, and other consequences of climate change.

The researchers believe that the 1.5°C target will be exceeded in just 30-45 years without a change in dietary habits. They point out that a shift towards plant-based diets would not only benefit the planet, but also help to tackle chronic diseases, water pollution, and loss of biodiversity.

Many other studies have raised the alarm about the impact of our dietary choices, including a warning last year backed by 11,000 scientists. A 2018 study also found that plant-based diets are important for controlling climate change.

However, the change may not be straightforward as it will require coordination between various sectors and governments.

“Discussions on mitigating climate change typically focus on reducing greenhouse gas emissions from burning fossil fuels, for instance, from transportation or energy production,” researcher Dr. Michael Clark told Plant Based News. “However, our research emphasizes the importance of reducing emissions from the global food system. The most important is for individuals to shift towards predominantly plant-based diets.”