With more Americans than ever turning to a plant-based diet, a study commissioned by Myprotein analyzed TripAdvisor data to find which of the most populated cities in each state offers the most vegan takeout and delivery options, and has named the top ten best vegan take-out meals in the USA.

The Top Ten Cities for Vegans:

With the highest percentage of vegan restaurants, New York City comes in at number one. Formerly the culinary capital of the world, it’s no surprise to see the Big Apple topping the list, offering 527 vegan restaurants from Thai and Indian to dedicated plant restaurants. In fact, 40% of all takeouts in the city offer a plant-based alternative.

New York is closely followed by Atlanta in Georgia and Seattle in Washington – both of which have a third of takeouts in the city offering vegan options. Los Angeles, California also made the top list with an incredibly high number of vegan options, but the city just missed the top spot as this only made up 23% of all restaurants in the city. 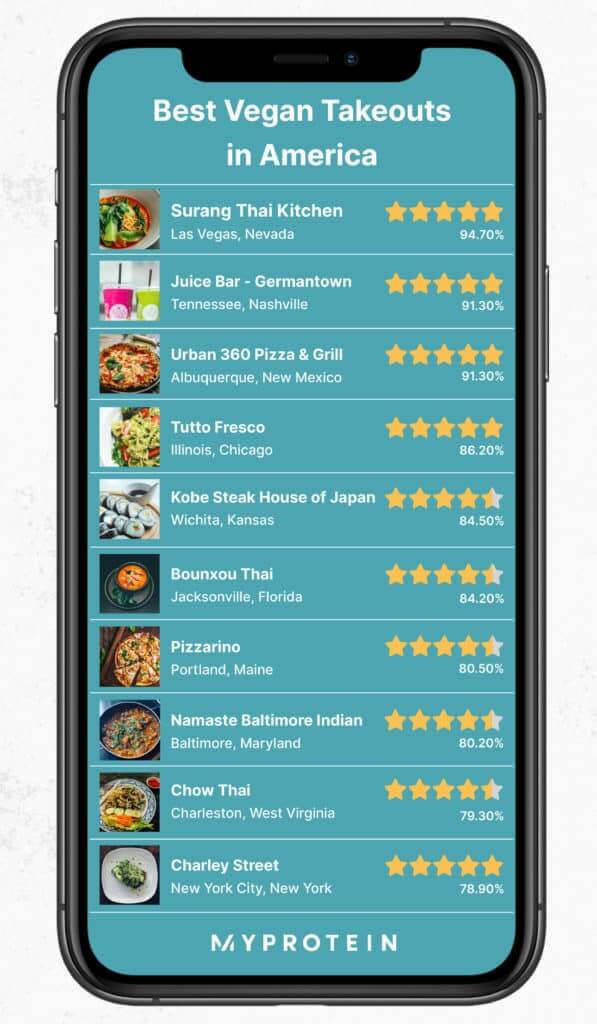 The 10 best Vegan takeouts in America

The Surang Thai Kitchen boasts an incredible 94.7% ‘excellent’ rating on Tripadvisor, meaning local vegans clearly love what’s on the menu. Offering a spicy mix of vegetarian and vegan Asian cooking, the heat of Nevada will only be matched by the heat coming out of the kitchen.

With a 91.3% ‘excellent’ rating, Juice Bar has Nashville’s juices flowing. Known as ‘the best smoothie place in Nashville,’ this healthy food venue is well worth a visit for food that tastes as good as it will make you feel.

You wouldn’t look at the pizzas here and think ‘vegan food,’ but with 91.3% ‘excellent’ ratings and a huge menu on its side, it’s clearly a place vegans love. For delicious plant-based, there’s nowhere better than Urban 360.

This Italian bar and restaurant serve up much more than just a mean carbonara. The vegan options there are mouthwatering, and with 86.2% ‘excellent’ ratings on Tripadvisor, we clearly aren’t the only ones getting tempted to put in an order.

You don’t often think of steak houses as being vegan-friendly, but Japan is famed for its meat-free dining. The tastes of Asia here are good enough for an 84.5% ‘excellent’ rating, so don’t be of the name and tuck into something a lot more fresh. 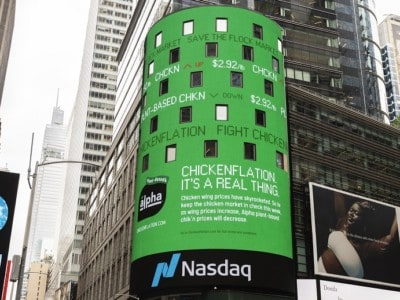